IIT Bombay and Stanford alumnus, Agrawal joined Twitter 10 years ago when there were fewer than 1,000 employees 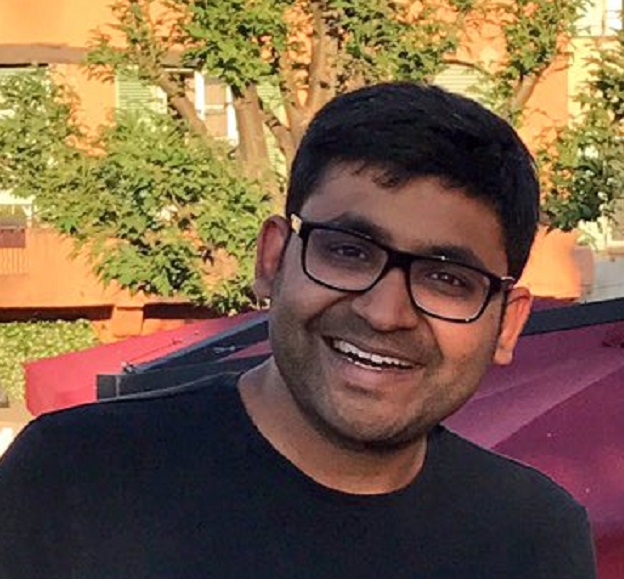 Indian-origin technology executive Parag Agrawal has been appointed as the new CEO of Twitter after the social media giant's co-founder Jack Dorsey stepped down on Monday.

In a message posted on Twitter, Dorsey said: “After almost 16 years of having a role at our company… from co-founder to CEO to Chair to Exec Chair to interim-CEO to CEO… I decided it's finally time for me to leave. Why?

Deep gratitude for @jack and our entire team, and so much excitement for the future. Here’s the note I sent to the company. Thank you all for your trust and support ?? https://t.co/eNatG1dqH6 pic.twitter.com/liJmTbpYs1

“There's a lot of talk about the importance of a company being "founder-led".

“Ultimately, I believe that's severely limiting and a single point of failure. I've worked hard to ensure this company can break away from its founding and founders,” he said.

Agrawal, an IIT Bombay and Stanford alumnus, said in a note posted on Twitter that he is “honored and humbled” on his appointment and expressed gratitude to Dorsey's “continued mentorship and your friendship.” Dorsey said that there are three reasons he believes now is the right time.

“The first is Parag becoming our CEO. The board ran a rigorous process considering all options and unanimously appointed Parag. He's been my choice for some time given how deeply he understands the company and its needs,” he said.

Parag has been behind every critical decision that helped turn this company around. He's curious, probing, rational, creative, demanding, self-aware and humble, Dorsey said.

“He leads with heart and soul, and is someone I learn from daily. My trust in him as our CEO is bone deep,” Dorsey added.

Agrawal joined Twitter 10 years ago when there were fewer than 1,000 employees.

Agrawal said: “While it was a decade ago, those days feel like yesterday to me. I've walked in your shoes, I've seen the ups and downs, the challenges and obstacles, the wins and the mistakes.

“But then and now, above all else, I see Twitter's incredible impact, our continued progress, and the exciting opportunities ahead of us,” he said.

“Our purpose has never been more important. Our people and our culture are unlike anything in the world. There is no limit to what we can do together.

“We recently updated our strategy to hit ambitious goals, and I believe that strategy to be bold and right. But our critical challenge is how we work to execute against it and deliver results - that's how we'll make Twitter the best it can be for our customers, shareholders, and for each of you,” Agrawal noted.

The world is watching right now, even more than they have before, he said.

“Lots of people are going to have lots of different views and opinions about today's news. It is because they care about Twitter and our future, and it's a signal that the work we do here matters,” Agrawal added. PTI