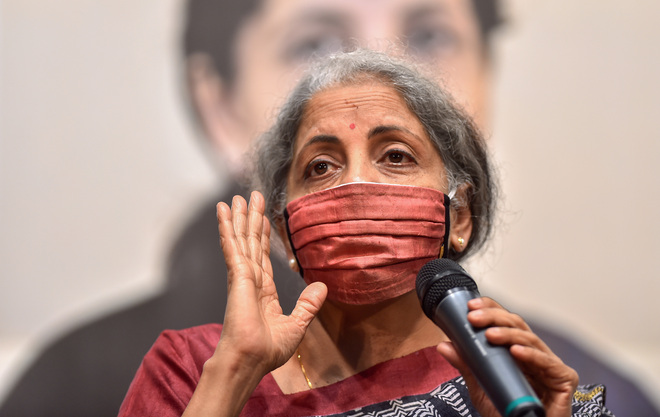 Finance Minister Nirmala Sitharaman at an event in Chennai. PTI

It was now entirely on the industry’s shoulders to take the lead and set the country on a firm growth path, she said. “The policy is clear and the ease of doing business is improving. Post corporate tax cut, the industry must come forward with its so-called animal spirits to position India as the world’s fastest growing economy,” she said, addressing the 65th foundation day of All Indian Management Association and the 15th national management day. The minister stressed each line of the Budget was carefully thought out with the PM reviewing the inputs given by the business community. The PM brought in his immense experience and direct contact with the industry to shape the Budget and now the industry must make the best out of it, she exhorted.

Sitharaman defended the large-scale privatisation programme and easing of foreign investment norms by stating it reflected the mood of the nation since the logic of incremental change was no longer valid.

Post corporate tax cut, the industry must come forward with its so-called animal spirits to position India as the world’s fastest growing economy.

“We need transformational change to get over decades of slow growth and lethargy,” she said. In disinvestment, she said, “we have not behaved like other governments’’. The previous “disinvestment in trickles” was not very successful in spreading the ownership pattern.