The dollar was firmly higher against commodity currencies. It rose 1% against the Canadian dollar to C$1.2752 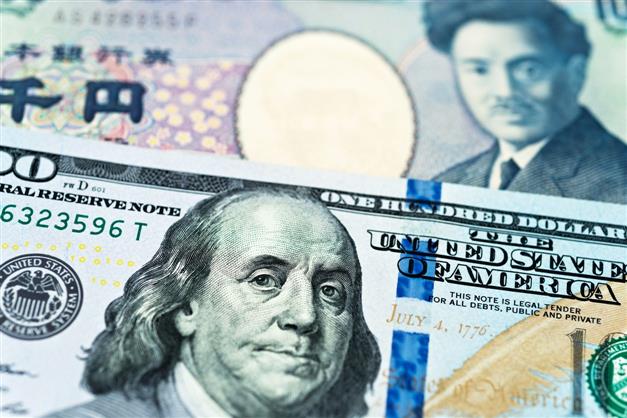 The safe-haven U.S. dollar, yen, and Swiss franc rose on Monday as investors grew nervous about a raging coronavirus variant that could threaten the outlook for global economic recovery.

The greenback climbed to a more than three-month peak against a basket of major currencies, but has come off its highs as the yen and Swiss franc advanced with the decline in risk appetite. The U.S. dollar though remained sharply higher against risk-sensitive currencies such as the Australian, Canadian, and New Zealand dollars.

The yen, meanwhile, climbed to its highest in 1-1/2 months versus the dollar. The Delta variant of COVID-19 is now the dominant strain worldwide, accompanied by a surge of deaths around the United States almost entirely among unvaccinated people, U.S. officials said on Friday. U.S. cases of COVID-19 are up 70% over the previous week and deaths are up 26%, with outbreaks occurring in parts of the country with low vaccination rates, U.S. Centers for Disease Control and Prevention Director Rochelle Walensky said during a press briefing.

"The Delta variant concerns are triggering this flight to safety across the world," said Edward Moya, senior market analyst at online FX trading platform OANDA in New York. "There's just this tremendous amount of nervousness, which is good for the dollar and the Japanese yen."     In mid-morning trading, the dollar index, which measures its value against six major currencies, rose to its highest since April 5. But it was last flat on the day at 92.655.

The dollar was firmly higher against commodity currencies. It rose 1% against the Canadian dollar to C$1.2752. The Aussie dollar dropped 0.7% versus the greenback to US$0.7343, while the New Zealand dollar fell 0.8% to US$0.6940. The yen surged on Monday, rising to its highest since late May against the greenback, which was last down 0.8% at 109.16 yen

The Swiss franc gained as well, pushing the dollar down 0.3% to 0.9171 franc     With England lifting all COVID-19 social restrictions on what some local media has dubbed "Freedom Day", the continued spread of the Delta variant of the coronavirus drew further doubt from investors about whether a total economic recovery to pre-pandemic levels is possible.

Over the weekend, British health minister Sajid Javid announced he had tested positive for COVID-19 and was in self-isolation, also forcing Prime Minister Boris Johnson and finance minister Rishi Sunak into quarantine. Sterling hit a 3-month low against the dollar of $1.3703. The pound was last down 0.4% at $1.3694. The euro was little changed against the dollar at $1.1810, after earlier dropping to a three-month low of $1.1764. Investors will look to this week's European Central Bank meeting. (Reuters)