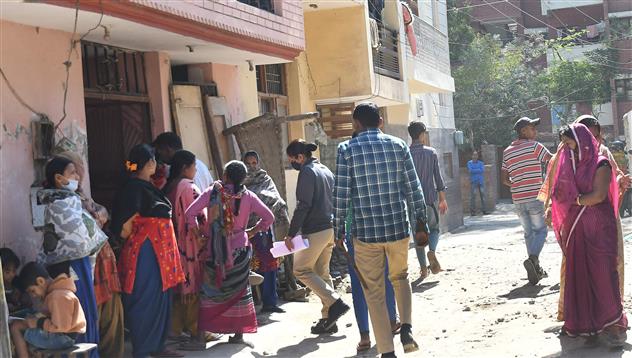 Chandigarh Police detained a 12-year-old boy on Saturday evening for the murder of a 6-year-old girl who went missing a day ago, police sources said---a development that came hours after the latter’s body was found in a wooded area near Hallo Majra light point.

Chandigarh Police also suspect rape, but there’s been no confirmation of this yet.

The child went missing on Friday after she stepped out to play in the afternoon. After frantically looking for her, the victim’s parents approached the police.

The victim’s father works in a factory.

Police looked for the child until late on Friday. When search resumed on Saturday morning, police found the victim’s half-clothed body near the cremation ground, sources said. The face was smashed in, likely with a rock, sources said.

The child’s body has been taken to a mortuary at Government Medical College and Hospital (GMCH) in Sector 32. Police are still awaiting an autopsy report.

Investigators detained the boy on the basis of images captured in close-circuit cameras in the area, sources said. The boy is neighbour, the sources said, and was captured on camera riding a bicycle with the victim.

Police said that he would be brought before a magistrate on Sunday.

Hours before the arrest, the victim’s enraged family and Hallo Majra residents took to the streets to demand immediate police action, leading to heavy traffic snarls on the Chandigarh-Ambala road that took almost four hours to resolve.

Traffic heading towards Zirakpur had to be diverted toward the Transport light point at Tribune Chowk and towards Industrial Area, Phase-I, from Poultry Farm Chowk. Similarly, the traffic heading from Panchkula towards the Hallo Majra light point had to take a U-turn and head towards Mauli Jagran to take the Housing Board light point route to Chandigarh.