Total cured cases in the city stand at 408 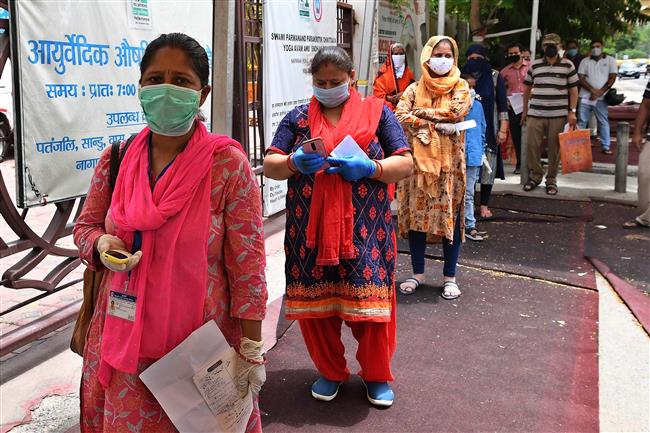 Chandigarh reported 13 fresh cases of COVID-19 on Friday, taking the caseload in the Union Territory to 536 while five patients were also cured and discharged today.

With the addition of new cases, the active cases in the city have climbed to 121.

The cases reported today include a 58-year-old woman from PGIMER and a 76-year-old man from Sector-21.

A 24-year-old man from Khuda Lahora, and 52-year-old woman from Sector-45 are family contacts already positive cases of Khuda Lahora and Sector-45, respectively.

A 34-year-old man from Ramdarbar was also found positive. He has four family members and all are asymptomatic.

An 18-year-old woman from Sector-41 is a community contact of a positive case from Sector-55.

The remaining case is of a 61-year-old man from Manimajra. He has seven family members. All are asymptomatic.

With the five discharged patients, the total number of people cured in the Union Territory stands at 408, with seven deaths reported so far.