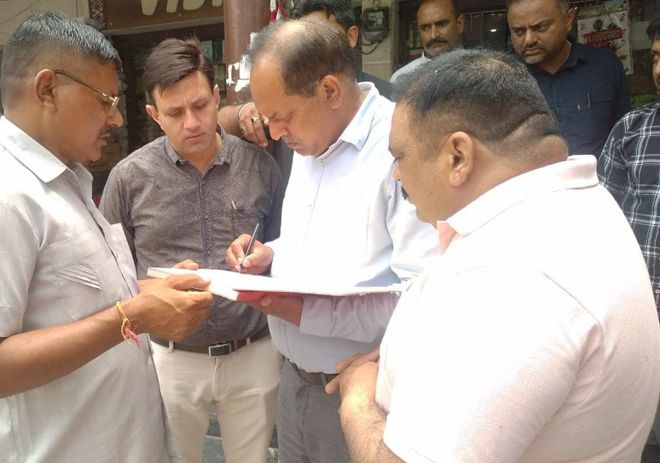 Cracking down on those using single-use plastic, the local municipal corporation today issued challans to 16 shopkeepers in different markets of the city and recovered Rs 1,50,500 as fine from them besides confiscating the banned items.

MC Commissioner Dharamveer Singh said the Centre had banned the manufacturing, storage, import and use of items made of single-use and recycled plastic from July 1. He said five teams were formed to enforce the ban in the city markets.

The MC chief said they would also hold a campaign to issue challans to those found using single-use plastic in kisan mandis. He appealed to Panchkula residents to shun single-use plastic and use jute, cloth or paper bags as alternatives.

He said under Section 15 of the Environment (Protection) Act-1986, whoever failed to comply with the orders, could be awarded the maximum punishment of five years or a fine of Rs 1 lakh or both.