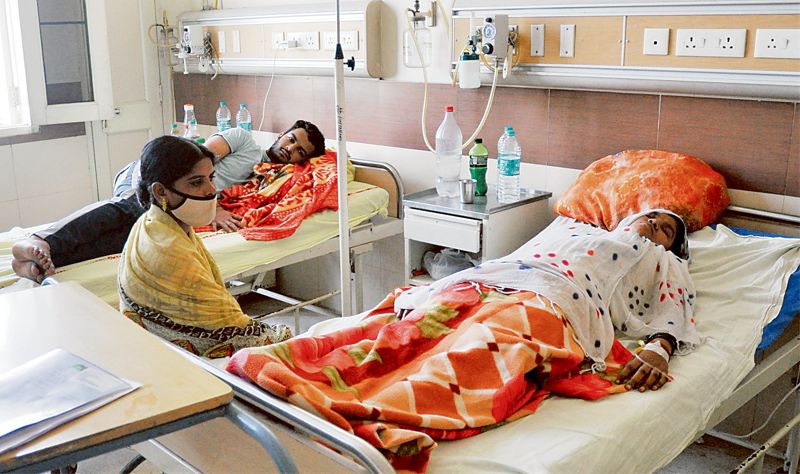 Patients admitted to a dengue ward at the Civil Hospital in Panchkula on Friday. TRIBUNE PHOTO: RAVI KUMAR

Seventeen fresh cases of dengue were reported from the district during the past 24 hours, taking the total number of dengue cases to 271. No death due to dengue was reported from across the district. In Panchkula, 271 cases of dengue have been reported so far. The Civil Surgeon, Dr Mukta Kumar, said 68 patients had been admitted to private hospitals, while 129 patients were admitted to the General Hospital in Sector 6, Panchkula. — TNS