Development comes after active cases go down to 63 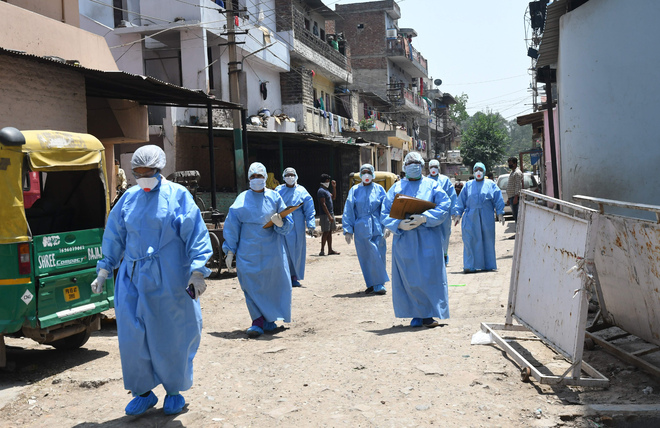 The Chandigarh Administration would consider changing the city's status from red to orange zone, a top official said on Wednesday---a development that comes when the number of active cases in the city went down to 63 from 108 the same morning.

Thanks to doctors,only 63 active corona patients in Chandigarh now. We will consider changing RedZone to Orange.😊👍👌

The city reported five more cases on Wednesday--- all from Bapu Dham colony, a containment zone in the city.

Among the new patients were two men, aged  25 and 50, who were admitted to Government Muti-Specialty Hospital in Sector 16.

The two other cases were a woman (28) and a six-year-old girl from a family. A four-year-old boy also tested postive for the virus.

Chandigarh Administration lifted some of more stringent lockdown restrictions in most of the city in a recent order, and allowed public transport. However ,the order, which followed the central government's guidelines, had said Chandigarh would remain a red zone.