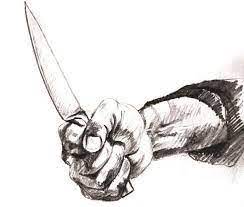 The body of a 24-year-old youth with multiple stab injuries was found near the gate number three at Kharak Mangoli, a slum in Old Panchkula, this morning.

The victim has been identified as Karan, who used to reside in the slum and worked as an unorganised garbage collector.

Sources said the police had already rounded up suspects in connection with the crime.

However, formal arrests would be shown only on Friday after the postmortem.

According to the FIR, the youth was murdered at midnight, but the family and local residents alerted the police around 6 am.

The body was shifted to the mortuary at the Civil Hospital where a postmortem will be conducted on Friday.

“Investigation into the matter is underway. Statements of eyewitnesses and family members are being recorded,” the police said.

The police filed a case on a complaint of the victim’s wife, Kajal.

“On Wednesday night, around 10 pm, my husband left the hut to relieve himself. I woke up later and found he had not returned. I went to Ravi’s house where I could hear the sound of a DJ,” the complainant told the police.

“I then witnessed an argument had erupted between my husband and 15 others. One of them stabbed him. They then threw his body on the rear side near the Ghaggar,” she said.

According to the FIR, the wife lay beside her husband’s body throughout the night.

Around 4 am, she went back home and took the victim’s father to the spot. The police were alerted then.