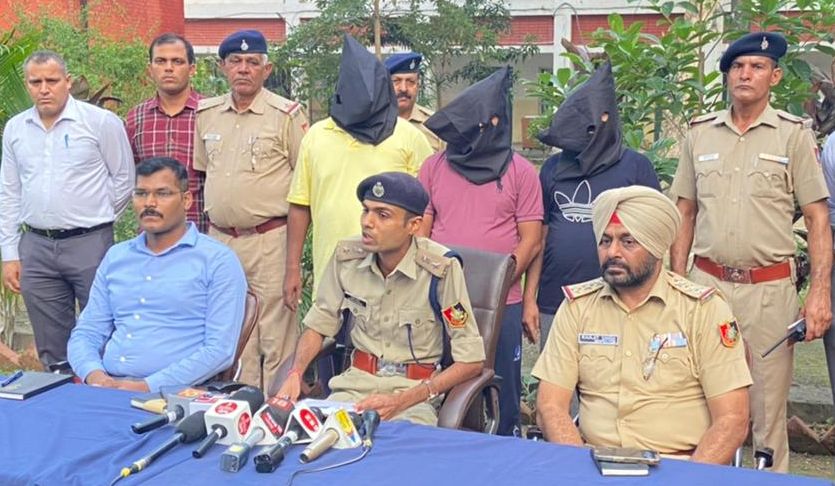 The suspects arrested by the UT police for online loan app fraud.

The UT police have arrested three more suspects in the instant loan app fraud case. The suspects are Madhukar Dubey (38) and Rajesh Mathur (40), both residents of Ghaziabad, and C Chinnasamy Sellappan from Dindigul in Tamil Nadu.

"We are writing to the department concerned for further investigation. Suspicious role of some bank officials/managers has also come to the fore and we will verify this," said an official.

Further, notices have been issued to certain companies/ firms, allegedly involved in the flow of ill-gotten money, to join investigation.

On September 12, the Cyber Crime Cell of the UT police had claimed to have arrested 21 members of the gang, including a Chinese national living illegally in India, for duping people on the pretext of providing them instant online loan and extorting money.

The modus operandi involved offering victims instant loan through SMS or FB. Once clicking the link, 'Hugo Loan' app got installed, giving suspects access to victims' contacts, gallery. A small loan amount was deposited to the account. Even if the money was repaid, threat calls were made asking for more money or morphed photos would be shared with contacts.

29 of 60 suspects held from six states

89 FIRs lodged across country so far

The president of the Bhartiya Rajnitik Vikalp Party (BRVP) has been asked to join investigation as some amount had been transferred from suspect bank accounts to the party’s account.

2 of them hawala operators