3 of thieves’ gang nailed in Chandigarh 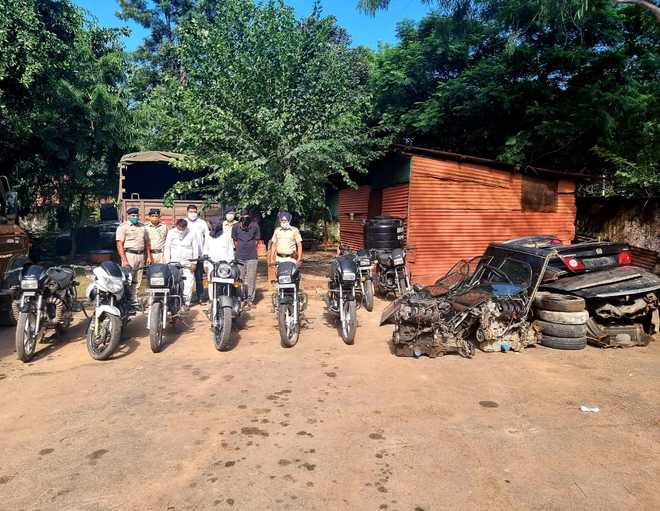 Thieves in police custody along with the bikes recovered from them.

Three members of a gang of vehicle thieves, including a scrap dealer, have been arrested by the crime branch of the UT police. The police claimed that six cases — four of vehicle thefts and two of burglary — had been worked out with their arrest.

Ten vehicles — eight two-wheelers and two dismantled cars — had been recovered, besides gold ornaments, which were stolen from houses.

The police said the suspects, Abrar Khan (36), who had 16 cases of theft and vehicle theft registered against him in Chandigarh, and Ashlam (52), were arrested from near the grain market in Sector 39 while they were going to deliver a stolen Bullet motorcycle to a scrap dealer in Maloya.

The scrap dealer, Khalil Ahmed (55), had also been arrested. Two dismantled stolen cars had been recovered from Khalil’s possession, the police said.

Abrar used to steal vehicles and dispose of these with the help of Aslam. Aslam was also arrested earlier in a theft case.