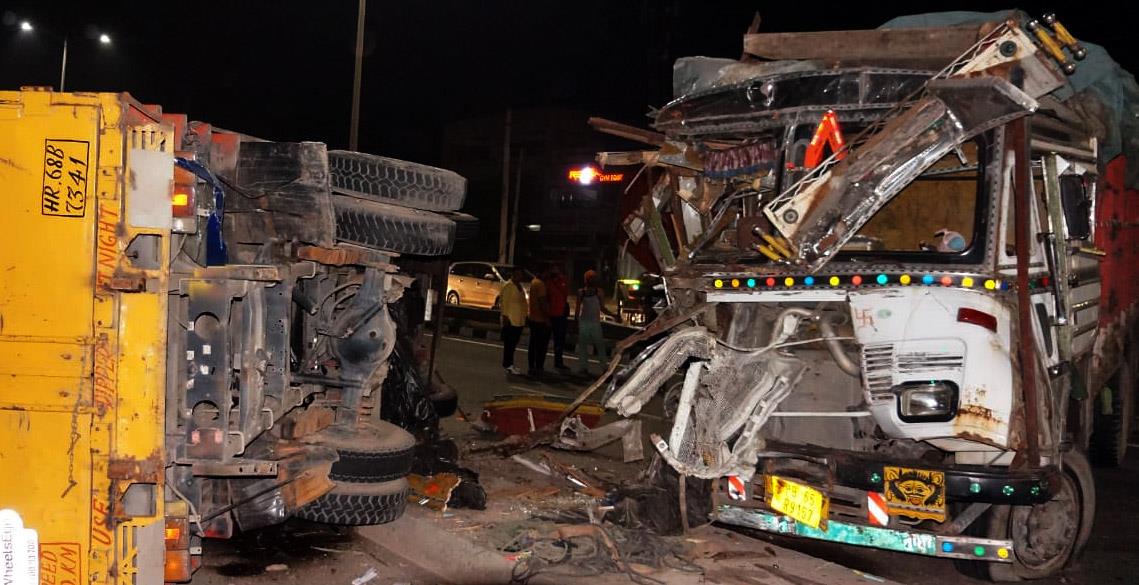 The two vehicles after the accident at Dera Bassi on Tuesday night. TRIBUNE PHOTO

Four persons, including a couple, were injured when a truck, which was driven at a high speed, collided head-on with a mini-truck on the Chandigarh-Ambala highway, near here, around 10 pm.

The police reached the spot and started investigation. The traffic had remained disrupted at the spot for an hour.