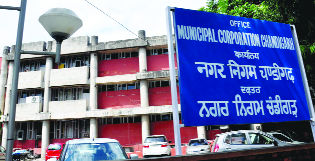 Now, the report will be tabled at the MC House meeting scheduled for April 28.

Findings of a committee, which was constituted five months ago to decide the fate of smart GPS-enabled watches meant to track 4,000 MC employees, has remained inconclusive.

According to the report of the committee, councillors are of the view that the watches should not be used while officers differ and are in favour of these watches.

Now, the report will be tabled at the MC House meeting scheduled for April 28. It was the same House which resolved on October 30 last year to form the committee to decide on the issue after the former failed to reach a consensus.

On April 11, Chandigarh Tribune highlighted that the committee was sitting on the issue for a long time while the MC has spent about Rs2.2 crore on the project in a year.

Former mayor and current councillor Rajesh Kalia, who was one of the members of the committee, said: “We have held in the report the system of making the staff wear watches should be abolished as these show faulty location. Secondly, when we asked the officials to show us how many ghost employees (said to be around 200-250) have been caught through such watches, they had no answer. We could have hire 200 more employees with Rs18 lakh to be given as rent per month for the watches. There has been no utility of these watches till now.”

Additional Commissioner Sorabh Arora, who was also one of the panel members, stated: “Two views emerged in the report. The officers wanted to continue with the system while the councillors were against it. Now, the committee report will be tabled at the coming House meeting for taking a decision.”

It was in February last year that the corporation started distributing 4,000 watches to its employees in a phased manner. A three-year contract was signed with a private company to provide the watches to the staff. As per the deal, the corporation has to pay about Rs18 lakh per month as rent of watches, which comes to about Rs2.2 crore per annum.

Many staff members, especially sanitation workers, have not been wearing these watches since then. Contrary to the purpose for which the watches were acquired, the corporation did not make salaries on the basis of these.

Earlier, India’s epidemiologists had indicated that a third ...