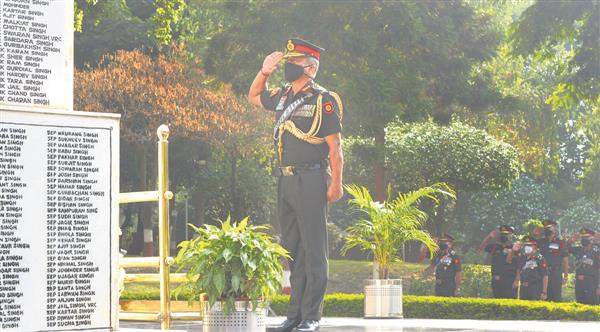 The 73rd Raising Day of the Western Command, the frontline operational command of the Indian Army, was celebrated today.

Lt Gen RP Singh, General Office Commanding-in-Chief, Western Command, laid a wreath at the Veer Smriti war memorial in Chandimandir to pay homage to the martyrs and conveyed felicitations to all ranks, veterans and civilian employees and their families.

He also inaugurated a grievance redressal portal, wcesm.com, to address the grievances of the veteran community.

Western Command was raised on September 15, 1947, as the Delhi and East Punjab Command and was re-designated as Western Command in January 1948 and has taken part in every war and major operations since Independence.