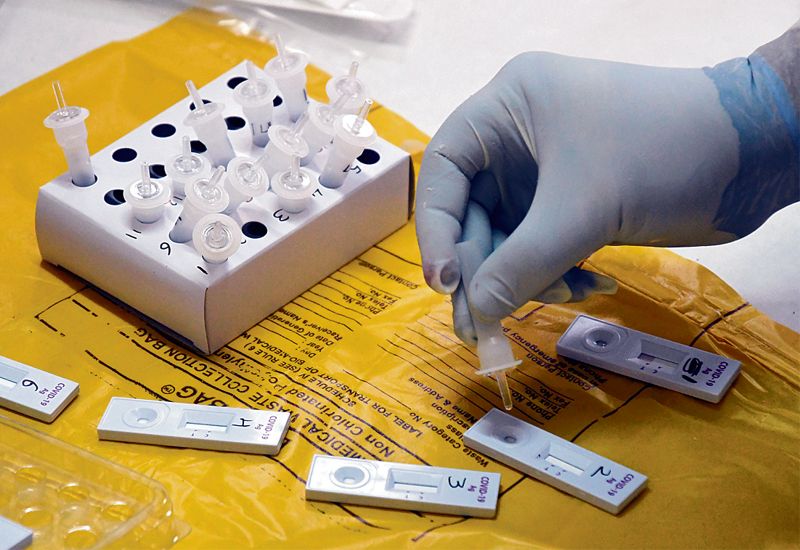 A sero survey conducted by the Government Medical College and Hospital (GMCH), Sector 32, in the month of July has been completed.

A sero survey conducted by the Government Medical College and Hospital (GMCH), Sector 32, in the month of July has been completed. Its results revealed the presence of IgG antibodies against SARS CoV-2 (Covid-19) in 80.2 per cent of the adult (more than 18 yrs) population of Chandigarh. 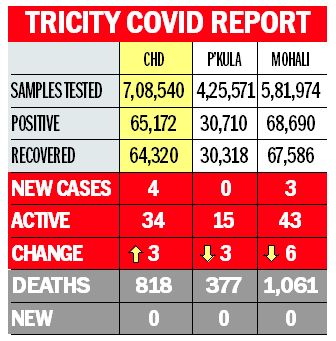 Around 1,200 samples were collected from vaccinated and non-vaccinated adult population of the UT. The participants were enrolled from 30 randomly selected clusters. While 16 clusters were from urban areas, 11 were from rehabilitation colonies and three from rural areas. Sero positivity was found in 84.1 per cent urban areas, 77.8 per cent rehabilitation colonies and 69 per cent rural representative population. The presence of antibodies suggested either past infection or response to vaccination.

Dr Jasbinder Kaur, Director Principal, Government Medical College and Hospital, said, “The results point towards development of herd immunity in Chandigarh. The city is also among the UTs/states to have administered the first dose of the vaccine to the entire targeted population.”

She added, “The outcome of the sero survey is encouraging but this should not lead to complacency. The possibility of new outbreaks is also there and one should follow the Covid protocol stringently in day-to-day life.” — TNS

The GMCH authorities decided that from September 20, all OPDs, which were functioning and catering to already registered patients only, will start functioning physically with offline as well as online registration. Telemedicine and e-Sanjeevani facilities will continue as such.

Chandigarh: The city on Friday reported four cases of Covid-19 and no death due to the infection. A patient defeated the virus. — TNS

Mohali: Three fresh Covid cases were reported from the district during the past 24 hours. No fresh death was reported, while nine patients were cured of the disease. Among the new cases, one was reported from Mohali (urban) and two from Boothgarh. — TNS

No fresh case in P’kula

Panchkula: The district reported no fresh Covid case on Friday, keeping the tally unchanged at 30,710. The toll remained at 377. — TNS