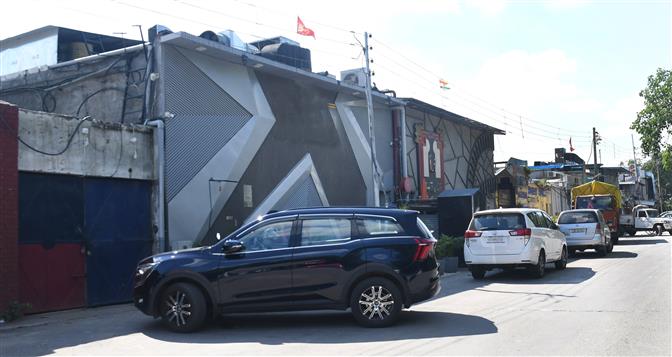 Despite authorities registering a case against a nightclub owner and its general manager in Sector 7, the issue of playing of loud music by different clubs continues to trouble area residents.

Residents living in the vicinity of these clubs have been complaining of nuisance caused by loud music during night and even afternoon hours. The residential area falls right behind the commercial complex along the Madhya Marg.

“We have been raising the issue regularly, and the authorities have initiated some steps, but these have failed to deter club owners,” says a Sector 7 resident.

Each time we call up PCR, music is shut for a while, but it starts again. Regular inspections & stiff penalties must be ensured to curb violations. —A Sector 7 resident

We are ensuring strict implementation of rules. A panel formed in this regard takes up the matter promptly. Residents can approach it. —Nitish Singla, SDM (East)

A few days ago, the owner of Kakuna club and its general manager were arrested under Section 61 of the Punjab Police (PP) Act, 2007, for allegedly playing music beyond the prescribed limit. They were later released on bail.

The SDM (East) had earlier asked three night clubs — Vault, Grapho and Kakuna — to desist from playing music at a high volume. However, this has had little impact.

“Most clubs continue to flout the decibel as well as timing norms. The windowpanes of my house often shake due to loud music. Our kids are unable to sleep. My father has health issues and he remains perturbed at night,” says a resident living in the rear lane of the clubs.

“Each time we call up the police control room, the music is shut for a while, but it starts again. This practice should stop. There should be regular inspections and stiff penalties must be imposed on clubs for violations,” says another resident.

Besides, traffic jams and rowdiness by drunk youngsters have been a bane of residents. Nitish Singla, SDM (East), says they are ensuring clubs follow the rules strictly. “A committee formed in this regard takes up the matter on an immediate basis. The residents can approach it,” he adds.