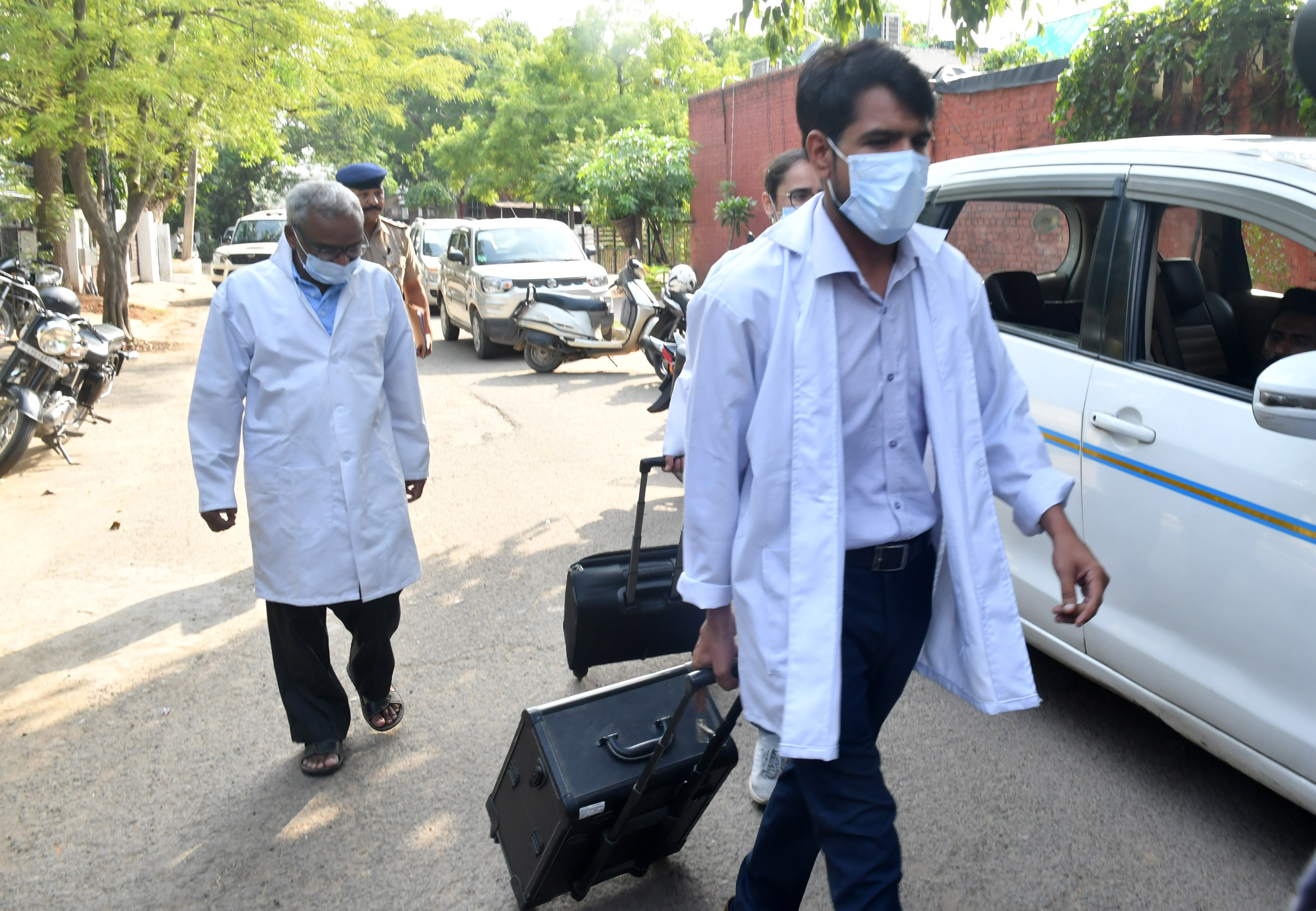 An accused in a corruption case, IAS officer Sanjay Popli, was today admitted to a hospital. His health deteriorated after he got to know about the alleged suicide by his son.

Popli, along with his accomplice Sandeep Wats, was to be produced before the court. They were sent to a hospital for medical examination where Popl’s condition deteriorated.

Vigilance DSP Ajay Kumar said they did not need any further remand of Popli as the recoveries had been made and Popli himself had led the sleuths to the gold, silver and iPhones kept in his house. He said there was a store-like structure in the courtyard from where the gold and other things were recovered.

As soon as Popli is discharged from the hospital, they will produce him before the court. They don’t require his further remand, said Ajay.

Meanwhile, the co-accused, Sandeep Wats, was produced before the court which remanded him in judicial custody.