Afternoon Shatabdi to Delhi chugs off from Chandigarh on April 10

At present, 15 trains are plying to and from the Chandigarh railway station 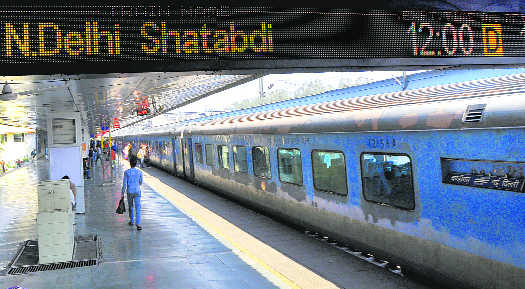 From April 10, afternoon Shatabdi to Delhi will ply from the Chandigarh railway station.

From April 10, afternoon Shatabdi to Delhi will ply from the Chandigarh railway station.

GM Singh, DRM, Ambala Division, said: “Apart from Shatabdi, which is starting from April 10, more trains, which were suspened due to Covid, will be resumed by April 15."

Sources from the railway station said four more special trains were in the pipeline. The sources said: “Trains to Kochuveli, Goa, Bandra and Amritsar (morning) intercity trains will resume soon. The orders are awaited."