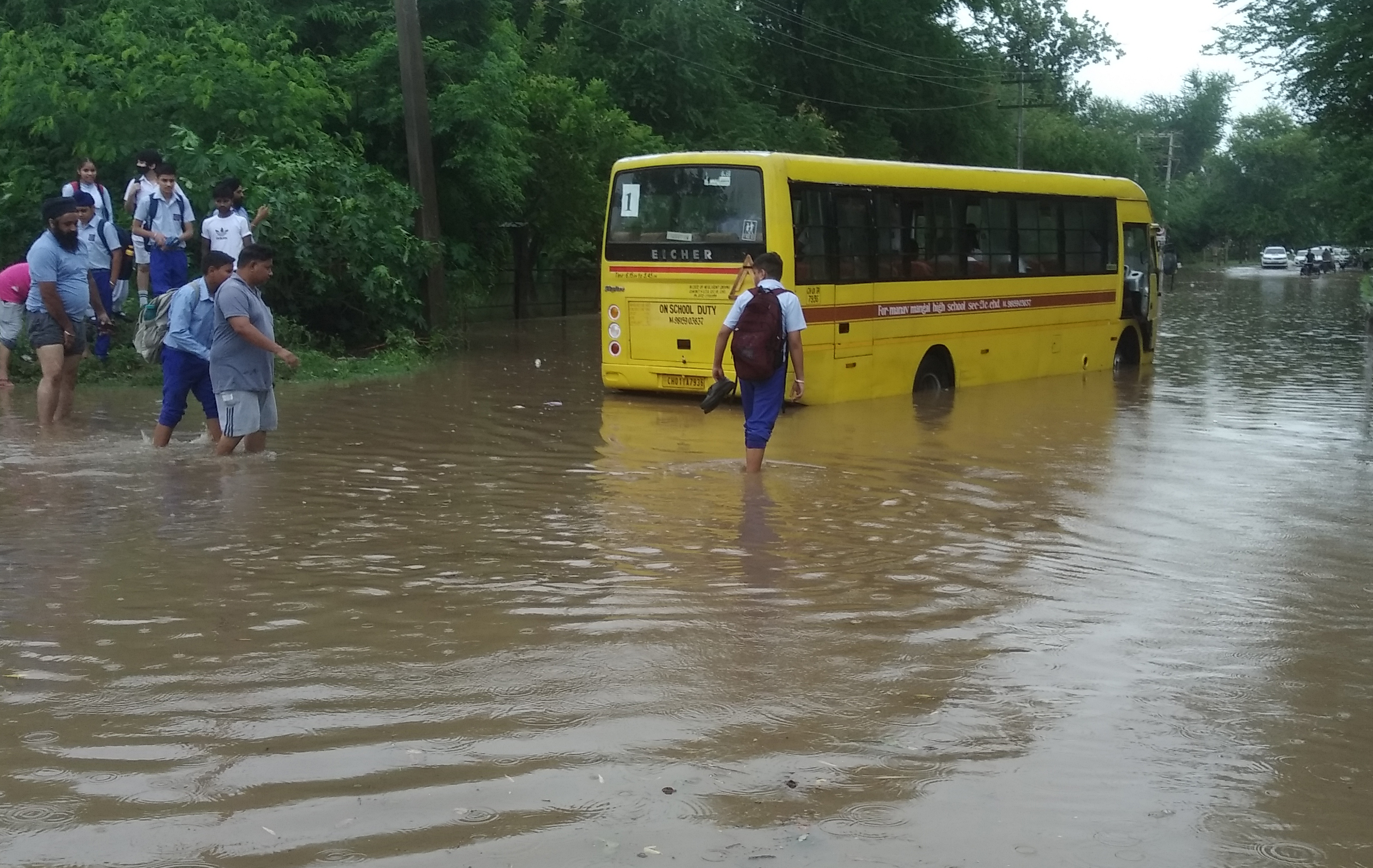 The highest 24-hour rain for July in five years caused waterlogging and traffic jams in various parts of the city today.

Several roads in residential and commercial areas were inundated. Cars and motorcycles were seen stuck in knee-deep water as several vehicles broke down, causing inconvenience to motorists.

Similar conditions were witnessed in the city on June 30, the first day of monsoon, but the authorities failed to do the needful. In Sector 41, students had to be removed from a school bus that got stranded in a waterlogged street. Similarly, students in Sector 40 C had to be lifted by their parents to cross a flooded stretch. Tyres of cars parked outside residential areas were submerged, while two-wheelers fell due to the strong water current.

The funeral pyre area in the Sector 25 cremation ground got submerged in water. Workers tried to drain out the water even as aggrieved families waited to perform the last rites.

The Sector 40-41 roundabout was flooded, forcing motorists to park their vehicles on the roadside. Two-wheeler riders were seen pulling their vehicles. In several UT villages such as Burail, many people could not step out of their houses as inner roads and lanes were flooded. Besides, interior as well as main roads of several sectors, especially southern ones, were found choked.

“The drainage system is not equipped and needs thorough cleaning. Road gullies weren’t cleaned properly before monsoon. We had a tough day as it was impossible to drive on flooded roads,” said Kusum, a Burail resident.

On its part, the MC claimed over 90% of the 35,000 road gullies, mainly on the V3, V4, V5 and V6 roads, had been cleaned so far. MC Commissioner Anindita Mitra has set July 7 deadline for cleaning of all road gullies.

However, MC officials showed helplessness, saying storm water drainage system was designed for 15-20 mm rainfall per hour, while the city saw 97 mm in four hours. The officials rued choes got full due to improper cleaning and dumping of waste. 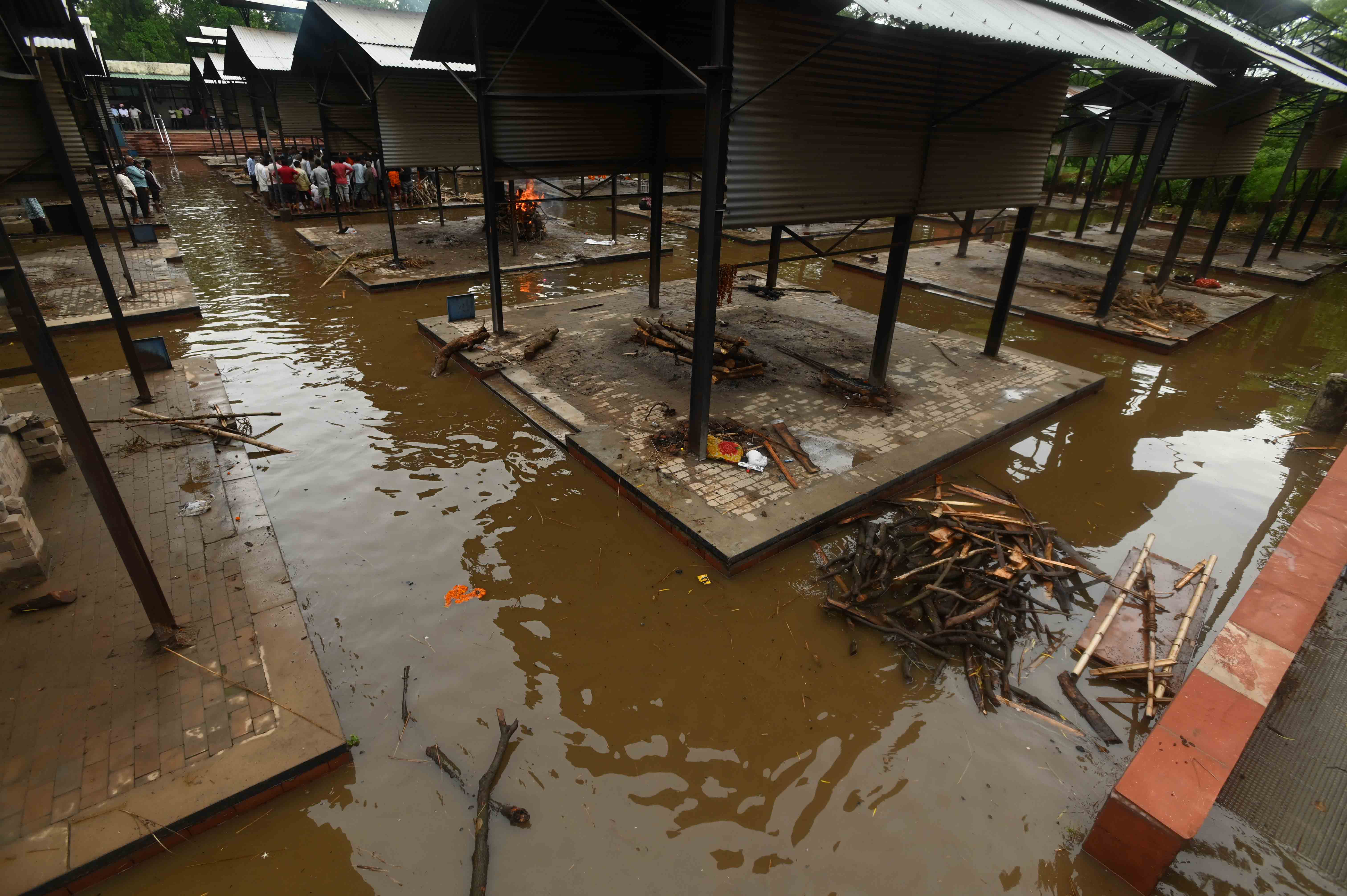 The funeral pyre area in Sector 25 cremation ground got submerged, forcing bereaved families to wait for some time before performing the last rites