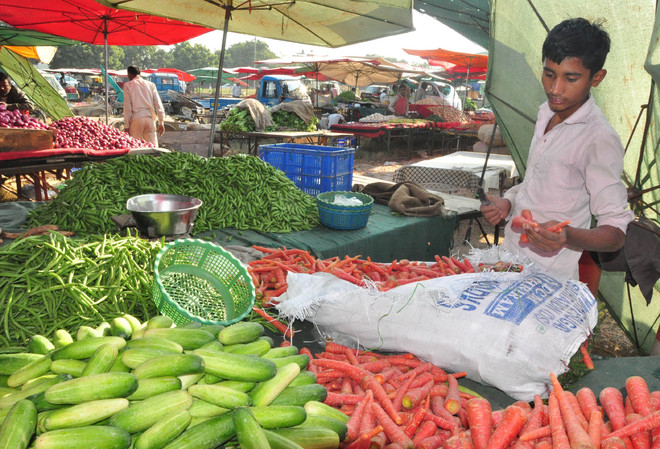 Local residents and farmers have been demanding reopening of the Apni Mandis for the past few months.

After nearly 10 months, the UT Administration has decided to reopen Apni Mandis in the city.

In view of the decision of the Punjab Government to open Apni Mandis, UT Administrator VP Singh Badnore also decided to open these in Chandigarh.

UT Adviser Manoj Parida said the Apni Mandis would reopen after Republic Day and the weekly schedule followed by the mandis before the lockdown period would continue.

Apni Mandi, a vegetable market, is organised by the Chandigarh Market Committee. Farmers or hawkers are given a venue where they can set up small stalls to sell fruits and vegetables.

Local residents and farmers have been demanding reopening of the Apni Mandis for the past few months.

Welcoming the decision, Chandigarh Residents’ Associations Welfare Federation chairman Hitesh Puri said they had been taking up the issue with the UT Administration since long. Puri appealed to the residents to adhere to the SOPs of the government while visiting the Apni Mandis for their safety.

Vinod Vashisht, convener, City Forum of Residents Welfare Orgnisation, said as Covid unlock measures with the shutting of the mandis, over 1,500 families — 300 of vendors and 1,200 of helpers — were out of their livelihood since March last year when the lockdown was imposed in the country.