Army pitches in for Covid care in Chandigarh 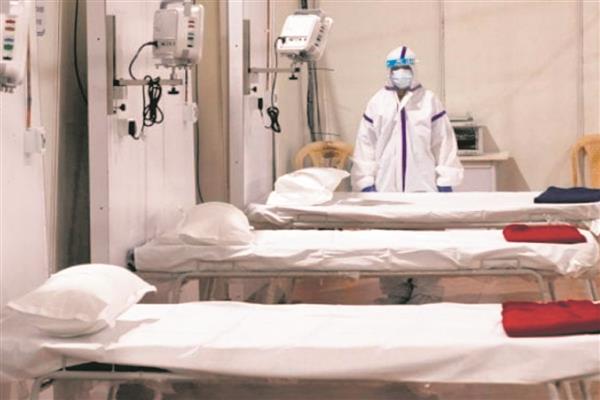 The Army is moving a field hospital from Himachal Pradesh to Chandigarh after the UT Administration requested the Western Command for setting up a Covid-19 care centre in view of the spike in infection cases.

The 100-bed facility will come up at International Students’ Hostel on the Sector 25 campus of Panjab University. The Army will begin moving in the equipment and staff tomorrow and the facility is expected to be fully functional in five days.

According to Col Jasdeep Sandhu, Director, Civil-Military Affairs, Headquarters Western Command, the Army will be providing medicines, oxygen, ambulances and other supplies to the centre, besides doctors, paramedical and support staff.

Specialist medical cover will also be provided by the Command Hospital in Chandimandir. In addition, the PGI and the GMSH, Sector 16, will also be available for any support. Civilian doctors will also be deputed for liaison.

A meeting was held by Punjab Governor and UT Administrator VP Singh Badnore with officers from the Headquarters Western Command today, where modalities for setting up the centre were discussed.

International Students’ Hostel was selected by the Army after a survey of several sites as it has over 100 AC rooms and open space adjacent to it. The UT Administration had earlier earmarked it as a Covid care centre on a payment basis.

The Army is also moving a couple of field hospitals from different locations to other cities in the region, besides working with the civilian administration to make oxygen generation plants functional.