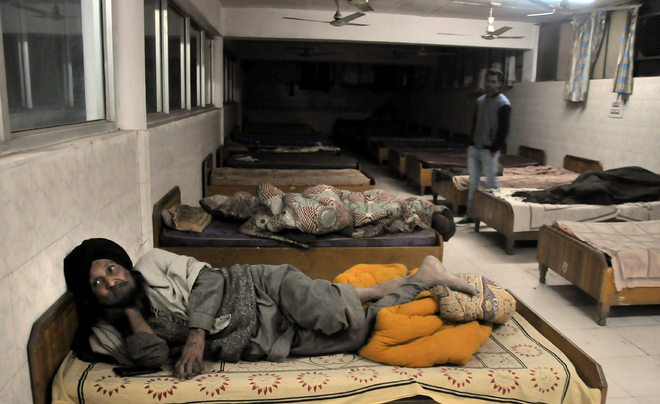 The audit report of the Indian Red Cross Society (IRCS) from April 1, 2015, to March 31, 2018, obtained by The Tribune under the RTI Act has revealed a number of irregularities in various projects of the society, including sale of food packets, income from cinema halls of Chandigarh and income from ambulances and funeral vans.

The Local Audit Department was entrusted with the audit for the first time by the Finance Department, UT Administration.

The discrepancies in income realised during the period of audit occurred due to particular income not mentioned in the day book or income recorded without details. It has been noticed that fixed assets acquired through donations have not been shown in the balancesheet of the IRCS.

A desk to help the public in filling up forms was opened at the Registering and Licensing Authority office in Sector 17 with an approval from the Deputy Commissioner-cum-Chairman, IRCS, on December 21, 2014. It was also approved to charge Rs 50 as the fee from those who wish to avail of services at the helpdesk.

An approval from the competent authority for starting a helpdesk at the RLA office and charging fee from general public was not shown in the audit. The audit report directed recovery of Rs 41,685 from the officials concerned and deposit the amount in the IRCS accounts.

In a meeting held on February, 2015, under the District Magistrate, it was decided that the cinema/multiplex authorities will charge Rs 1/- per ticket from public as donation to be paid to the IRCS for the welfare of poor and needy people.

An amount of Rs 20.21 lakh and Rs 39.36 lakh was collected as donation during financial year 2016-2017 and 2017-2018, respectively. The audit remarks that in the absence of a demand and collection register, the correctness of income by way of donation cannot be verified.

The IRCS, in collaboration with the UT Administration, had started ‘Annapurna Akshyapatra Yojana’ to provide the needy with affordable, hygienic and nutritious diet on January 2, 2017.

The cost of packet was fixed at Rs 10 at 10 different locations across the city.

“Justification and approval of competent authority for wastage of food amounting to Rs 35,240 and Rs 2,85,530 during 2016- 17 and 2017-18, respectively, were not made available for audit. An Income amounting to Rs 1.23 lakh hasn’t been taken in the day book under the ‘income from sale of food packets’ head, therefore, it couldn’t be verified,” read the audit report.

The IRCS was providing ambulance/funeral van to general public. It has been observed that there is considerable decrease in income from van during 2017-18 as compared to 2015-16 and 2016-17, whereas an amount of Rs 7.51 lakh have been incurred as the expenditure on insurance charges of vehicle during 2017-18.

It has been noticed during the audit that an amount of Rs 33,639 has been incurred by drivers of vans for which no vouchers were made available for audit. Secretary, Indian Red Cross Society, has been requested to look into the matter personally.