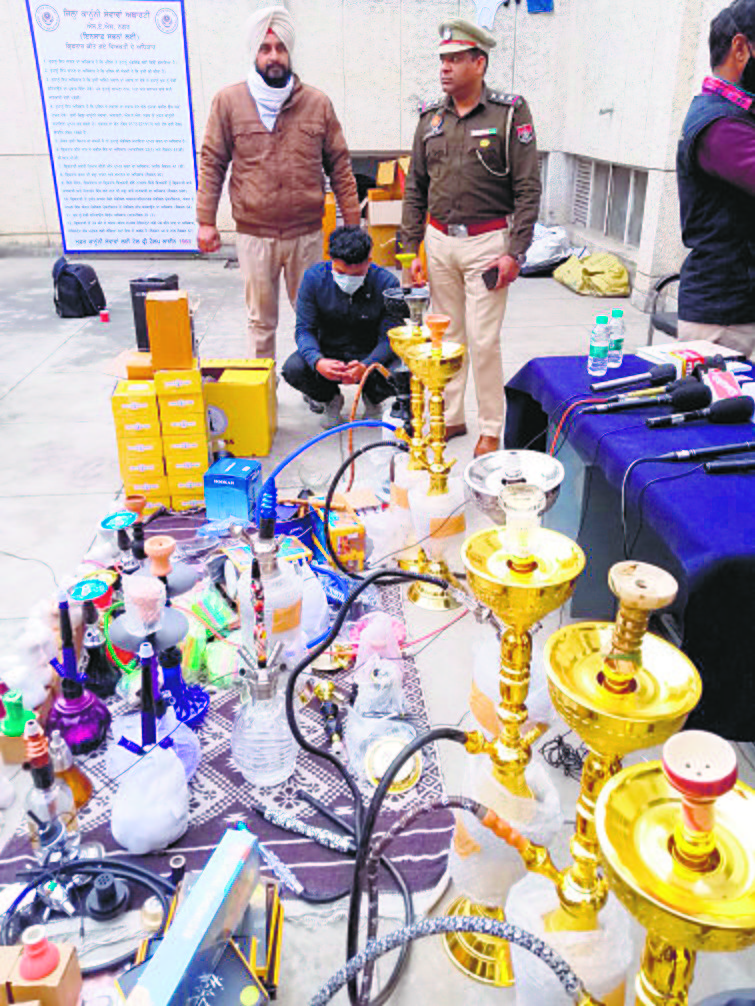 A hookah supplier caught by the Mohali police at a naka in Phase IX in Mohali on Friday. Tribune Photo: Vicky

The Phase 8 police have nabbed a suspect involved in providing hookah and other tobacco-flavoured items at birthday parties, weddings, PGs and other events.

The police have recovered nine large hookahs, 46 small hookahs, 59 chillums, 38 packets of tobacco, six packets of silver foil, 45 packets of hookah foils, 200 pieces of plastic nozzle and a huge quantity of tobacco-flavoured items from him.

Suspect Hem Chand, a resident of Phase 10, had rented a room near his house where he used to serve hookah and other tobacco items to his select customers on demand. The police nabbed him with his car in which two large and two small hookahs along with tobacco-flavored offensive material were found.

Questioned by the police, Hem Chand said he used these hookahs and also supplied them in different PGs, functions, parties and colleges in the tricity. The police said he used to take orders from customers and deliver the hookah in his car at specified places. A case under Sections 188, 353 and 186 of the IPC has been registered at the Phase 8 police station.

“Large quantities of hookah, tobacco and other flavoured items used in these were stored in the house next to his house, the police said.

DSP (City 2) Deepkamal said, “We are investigating for how long this business has been going on and who all are involved with him. It is highly likely that

more people are involved with him.”