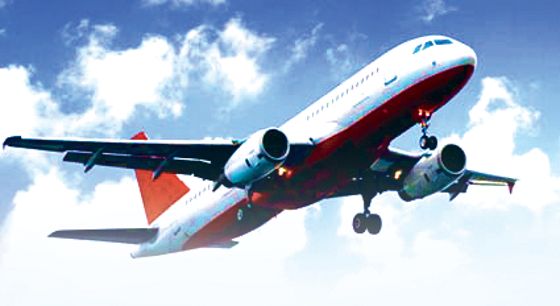 The airliners have started booking tickets for the Chandigarh-Sharjah flights. The operations are scheduled to resume from September 23 from the Chandigarh International Airport, Mohali.

However, the passengers need to be fully vaccinated.

As per the new travel guidelines, passengers wishing to travel to Sharjah need to get a negative Covid test report and they would also have to undergo an RT-PCR test at the airport six hours before boarding the flight. The airport authorities have allotted the testing work to Ghaziabad-based lab Genestrings Diagnostics Center, which would set up its infrastructure at the airport by September 21.

Each passenger will have to pay Rs1,727 for an RT-PCR test. The same lab is charging Rs3,000 per passenger at the Delhi International Airport.

Ajay Bhardwaj, Chief Executive Officer, Chandigarh International Airport Limited, said the airport was charging only the rent from the diagnostic centre and they were not charging anything extra as they didn’t want to put extra burden on the passengers.

The international bubble flights to Sharjah were discontinued after the second wave of pandemic hit the country.

An air bubble is a special bilateral agreement arranged between two countries to enable seamless travelling with scheduled flights and a set of regulations and restrictions. Meanwhile, the flights to Dubai would also be resumed from the first week of October.

According to the new travel guidelines issued by the UAE, Indians who own resident visas and are fully vaccinated and have completed at least 14 days after the second dose would be permitted to enter the UAE on acceptance of their registration with either the General Directorate of Residency and Foreigners Affairs, Dubai, or the ICA – the Federal Authority of Identity and Citizenship, UAE.