18 teams to remain on ground, Sukhna level to be monitored 24x7 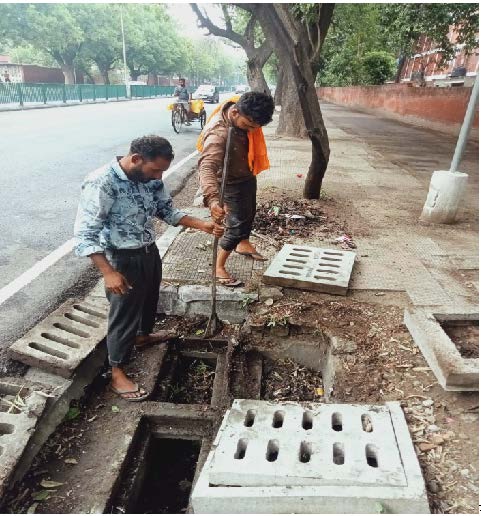 As monsoon is likely to reach Chandigarh in the first week of July, UT Adviser Dharam Pal today reviewed the preparedness of the Administration and the Municipal Corporation (MC).

To avoid flooding of roads and to maintain the regular electricity supply during the monsoon period, the Adviser was informed that the preventive preparedness had been done. The road gullies along major roads that fall under the jurisdiction of Engineering Department, such as Uttar Marg, Madhya Marg, Dakshin Marg, Purv Marg, Jan Marg and national highways covering about 5,000 road gullies, have been cleaned prevent waterlogging during monsoon.

The MC has cleaned 85 per cent of the road gullies in the city and will complete work on the rest within 10 days. Also, 18 teams to prevent waterlogging in city have been constituted.

The duties of UT officials have been assigned at the regulator end of Sukhna Lake on a 24x7 basis to regularly monitor the water level during the rainy season, so as to ensure that there is no damage to government property due to a heavy flow from the Sukhna catchment area.

A control room has been established to monitor the discharge of lake water at the regulator end as also to coordinate with the DCs of Chandigarh, Mohali and Panchkula to have a proper communication during the opening of the floodgates.

The Adviser directed the officials to regularly monitor the situation and inspect every site so that no unforeseen situation caused inconvenience to the public.

The MC Commissioner, Anindita Mitra, stated that the target date to complete the annual cleaning work of road gullies in various sectors, rehabilitation colonies and villages is July 7 and in order to meet the deadline, more labour has been engaged.

She said a total of 18 teams, comprising a SDE and JEs each, had been constituted to remain active in the field during the rainy season.

Additionally, four teams of workers will be deployed on night duty from July 1 to handle the problem of water stagnation.

The Engineering Department has established Citizen Facilitation Centre (Phone No.0172-4639999) to attend to public complaints regarding waterlogging, felling of trees and electricity complaints during the monsoon season.

Two control centres at water filling station, Sector 15, with phone number: 0172-2540200 and at Mani Majra (Water Works-II, MHC) with numbeer 0172-2738082 have been made operational round the clock where residents can lodge complaints of waterlogging.

The Engineering Department has established Citizen Facilitation Centre (Phone No.0172-4639999) to attend to public complaints regarding waterlogging, felling of trees and electricity complaints during the monsoon season.