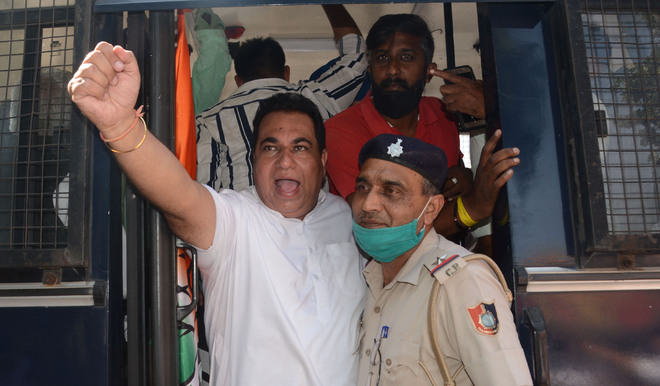 Members of the Chandigarh Congress today held a demonstration against the Central government in Sector 29 here on the issue of corporatisation of Ordnance Factory.

When the protesters marched ahead raising slogans, the police arrested them at the barricades and took them to the Sector 26 police station in buses.

After getting information, former Union Minister Pawan Kumar Bansal reached the spot and encouraged the protesters.

Earlier, while addressing the protesters, Subhash Chawla said: “It is sad that the BJP is privatising all government institutions.”

In 2014, when the BJP was contesting the elections, the Prime Minister had said that he would not allow any government organisation to be privatised, he said.