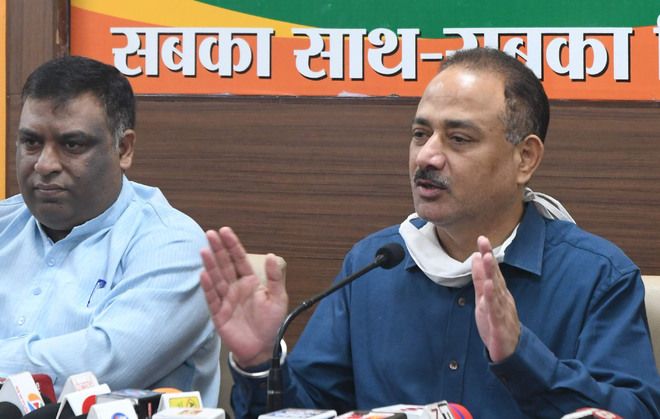 The BJP today released its second list of nominees for the MC elections. Three sitting councillors are among those named in the list.

“Unlike the Congress, which is promoting ‘parivarwad’, we are promoting youth. I am not fighting from ward number 25, but from all 35 wards as the party president,” he said. He said barring two, all party candidates announced so far were below 50 years of age.

It may be mentioned here Devshali has replaced Sanjeev Grover, who was earlier announced as the party candidate from ward number 30.

Now, the party has declared candidates for 29 of the total 35 wards. Meanwhile, uncertainty continues over the candidature of three councillors and ex-Mayors Raj Bala Malik, Davesh Moudgil and Rajesh Kalia.