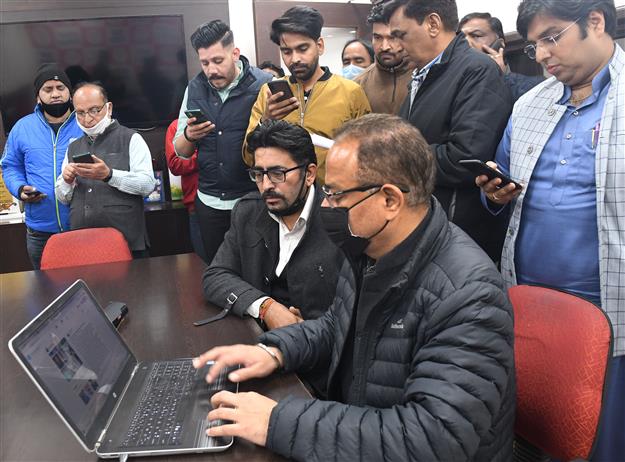 The suspense over giving the ticket to some sitting councillors and former Mayors will continue till the next list of candidates is announced by the party. Former Mayor Asha Kumari Jaswal has expressed her inability to fight the poll. Sitting Mayor Ravi Kant Sharma has been given the ticket. In the case of former Mayor and city party president Arun Sood, the BJP high command will take the final call.

“Former Mayors and sitting councillors Raj Bala Malik, Davesh Moudgil and Rajesh Kalia are said to be in the danger zone. Along with them, there is also uncertainty about considering the candidature of councillors Heera Negi, Maheshinder Singh Sidhu and former councillor Saurabh Joshi,” said sources.

A party leader reasoned that indiscipline and cross-voting during various MC House elections was the reason behind the “double mind” on their candidature now.

City party chief Arun Sood said, “Based on consultation with the local and national leadership and survey reports, the party has released the names of 23 candidates for the civic body elections. Winnability and dedication towards the party have been considered while finalising the list.”

Ward No. and candidate