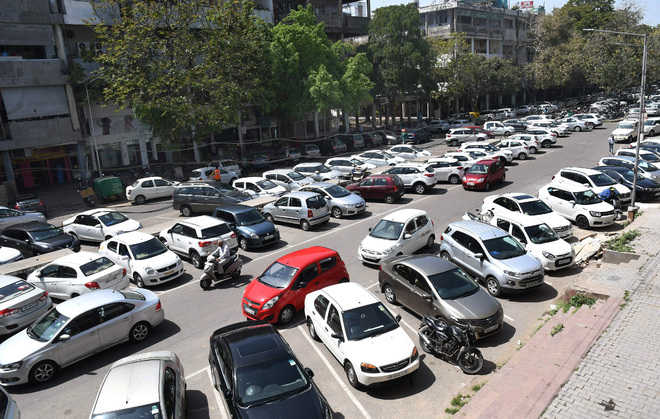 The Municipal Corporation House today approved an amendment to the water supply bylaws, the holding of Rose Festival and the automation of its C&D waste recycling plant among other agenda items.

Congress councillors staged a walkout over the issue of smart parking lots. Councillor Satish Kainth said they had asked for details about the parking lot contract, but they were not given a satisfactory reply. He said the MC was fleecing people in the name of smart parking. The councillors reached the well of the House to raise slogans before leaving the House.

As per the amendment to the Chandigarh water supply bylaws to incorporate the guidelines of the Ministry of Jal Shakti on regulation and control of groundwater extraction, applicants will have to comply with new provisions to obtain an NOC from the MC for installing tubewells.

Users will have to install digital water-flow meters, have rooftop rainwater harvesting and recharging system in the project area to obtain the NOC. They will be liable to pay for groundwater abstraction and restoration charges based on the quantum of groundwater use.

The capacity of the MC’s construction and demolition (C&D) waste recycling plant will increase manifold as the General House today cleared automation of the plant. Under the new policy, whatever private C&D waste is generated in the city, it will go to the plant. More work could be done after the automation of the plant with the existing workforce only. The new automatic system is expected to be set up by the year-end.

Two months ago, the House had awarded the job of preparing a detailed project report (DPR) and a request for proposal (RFP) to the Indian Institute of Technology (IIT), Ropar, to upgrade and maintain the waste processing plant. However, the corporation has not received the reports to date. The reason for the delay was the letter regarding the reports was sent to the IIT very late i.e. September 15.

The Mayor then slammed the officials concerned and sought to know why the project was being delayed deliberately. He directed them to speed up the job.