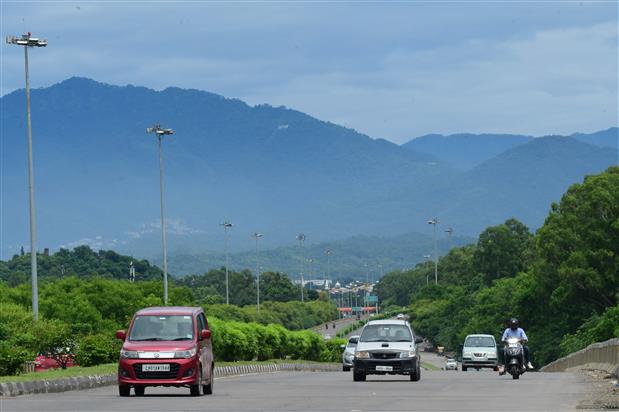 Vehicles zip on the Zirakpur-Kalka highway with Shivalik foothills in the backdrop on a clear Thursday afternoon. PHOTO: RAVI KUMAR

Light showers brought down the day temperature by six degrees in the city today.

The daytime temperatures are likely to gradually rise in the coming days.

Meanwhile, the city today recorded 5-mm rainfall between 8:30 am on Wednesday and 8:30 am on Thursday. Thereafter, 0.3-mm rainfall was recorded during the day. The weather for the next two days is likely to be partly cloudy, followed by rain.