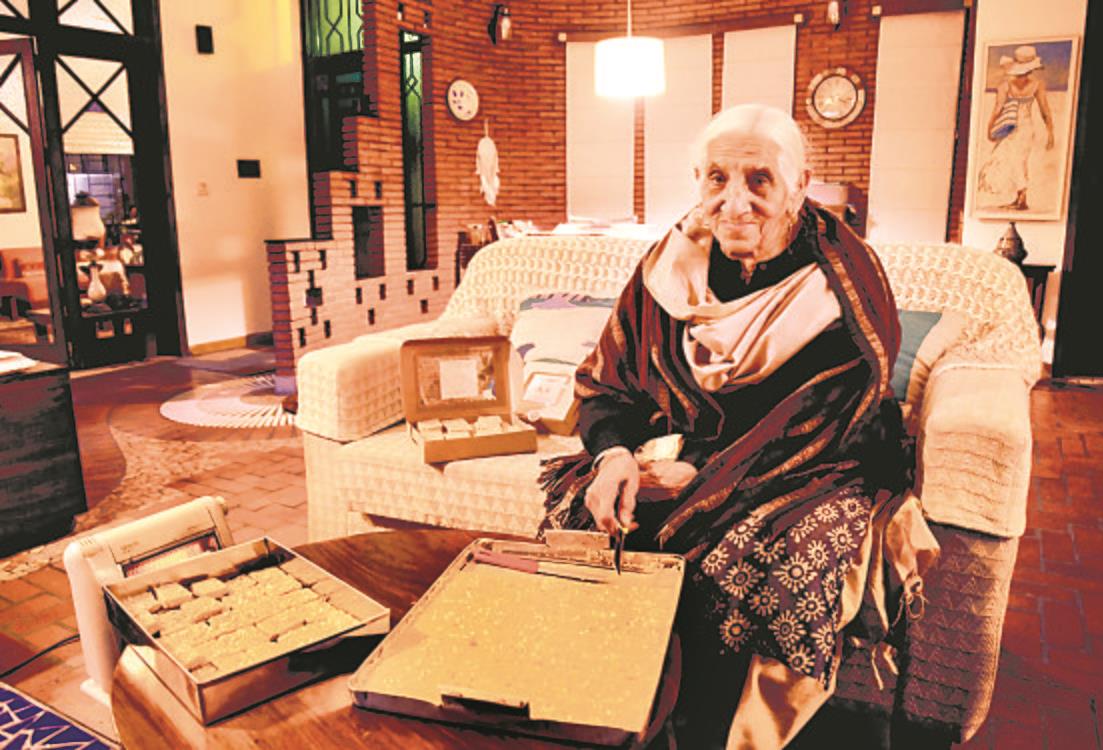 Ninetyfour-year old Harbhajan Kaur from Chandigarh today made waves when top industrialist Anand Mahindra named her his ‘entrepreneur of the year’.

The nonagenarian’s story of self-reliance is all set to capture national imagination now as she gives a whole new meaning to Prime Minister Narendra Modi’s Start-up India mission.

My signature remains my besan barfi. Life is all about evolving. You will do new things only when you learn new things.

At 94, Kaur, with three daughters, has shown the world that it is never too late to initiate a start-up. She recently floated her brand ‘Harbhajan’s – Bachpan yaad aa jaaye’ to sell homemade sweets known to be a craze among Chandigarh’s organic food buffs.

Kaur’s ‘besan barfi’ is her top selling product and also the first item she ever sold commercially. “It started with an innocuous utterance by my mother when she turned 90. She had a burning desire to earn money on her own and that she regretted the fact that she was never self-reliant. It touched my heart and I decided to help my mother, a great cook for the entire family, to prepare and sell homemade sweets,” says her daughter Raveena Suri, who lives with her.

At 94, Harbhajan Kaur Ji has shown that age is just a number for those who live life to the fullest. Her homemade sweets start-up is tribute to flavours of Punjab & we at @MOFPI_GOI will do everything possible to support the nonagenarian Beeji, who is an inspiration to us all. pic.twitter.com/Tlp0NmKHHC

The first few boxes of Kaur’s ‘besan barfi’ flew off the shelves at Sector 18 weekly organic market in Chandigarh, when she was 90. Today Kaur works from home on orders and mainly prepares sweets and marmalades, pickles and chutneys.

“My signature remains my besan barfi,” says the 94-year-old, adding, “Life is all about evolving. You will do new things only when you learn new things,” she says smilingly, proud to have a brand her granddaughter has designed for her.

Mahindra Group Chairman Anand Mahindra’s Twitter post today read, “When you hear the word start-up, it brings to mind images of millennials in Silicon Valley or Bengaluru trying to build billion dollar unicorns. From now on, let us also include a 94-year-old woman who does not think it is too late to do a start-up. She is my entrepreneur of the year.”