Did so at the behest of Davinder Bambiha gang member 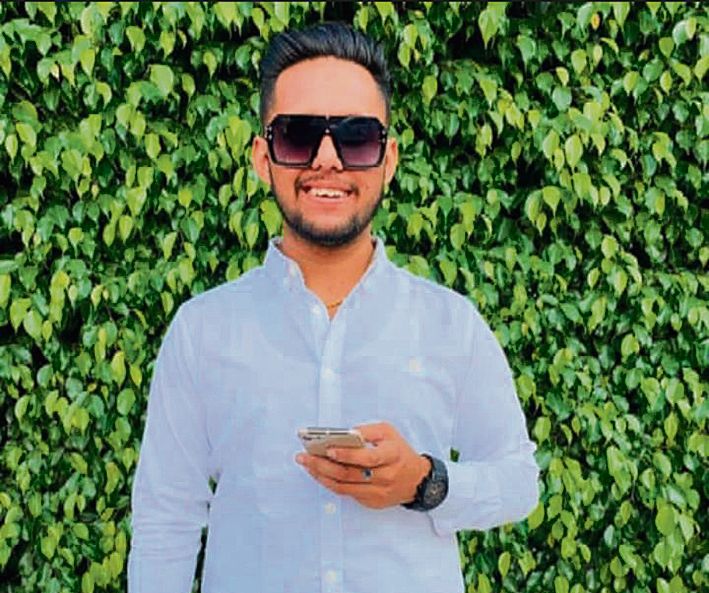 Almost 10 days after a 26-year-old former SOPU chief was gunned down by three bike-borne assailants outside a mall in the Industrial Area, the UT police managed to arrest a youth who had provided the motorcycle to the attackers to carry out the crime.

The suspect has been identified as Gurvinder Singh (23), alias Dhadi, alias Lambar, a resident of Rurki Pukta in Mohali district.

Gurlal Brar, a former state president of SOPU, was shot dead outside City Emporium Mall while he was waiting for his friends in his SUV on the roadside on the intervening night of October 10 and 11.

The police said five teams were constituted to trace the motorcycle and a few hours after the crime, a Pulsar motorcycle, bearing a Chandigarh number, was found abandoned near Sector 28. On verification, the police found that the bike had the number of another Pulsar motorcycle, which was registered in the name of a Sector 41 resident.

The police then verified the engine and chassis numbers of the bike and found that it was registered in the name of Ranjit Singh of Thona village in Ropar district.

A team, led by DSP (East) Gurmukh Singh, traced Ranjit and found that he had sold the bike in 2014 through a broker, Jasbir Singh of Kharar. However, he had no idea to whom the motorcycle was sold.

One of the team members, Inspector Neeraj Sarna, found that a traffic cop had impounded the same bike in Chandigarh on December 10, 2016. Kulbir Singh was riding the motorcycle at that time.

The police traced Kulbir Singh, who revealed that he had given his bike to Gaganpreet Singh of Rurki Pukta and the vehicle was further taken by Gurvinder Singh and Geeta, alias Gurmeet Singh, both residents of the village.

The police then nabbed Gurvinder while riding an i20 car in the city.

During interrogation, Gurvinder disclosed that he, along with his friend Geeta, were asked by Gaurav Patial, alias Lucky, a member of the Davinder Bambiha gang, to provide a motorcycle with a fake number plate to Neeraj Chaska and Mani as they had planned to eliminate Gurlal Brar.

The police said Gurvinder and Geeta got a fake number plate affixed to the motorcycle and handed it over to Neeraj Chaska and Mani at Sunny Enclave, Kharar, three days before the murder.

“All suspects, including Gaurav Patial, are key members of the Davinder Bambiha group. It is suspected that Neeraj Chaska and Mani had fired at Gurlal Brar,” said Kuldeep Singh Chahal, SSP, UT .

The SSP has written to the DC for cancelling the licence granted to Para, a night club at Centra Mall, for violating guidelines. Sources said DSP (East) Gurmukh Singh had sent a report to the SSP, mentioning that the club provided free entry, food and drinks to miscreants with a criminal past. The sources said Gurlal Brar, who was wanted by the police, was visiting Para, but the club failed to inform about him.

Gurvinder Singh, who has been arrested in the former SOP chief’s murder case, and his friend Geeta are allegedly drug addicts and involved in the supply of drugs. They were earlier arrested in a case of attempt to murder in Kurali. They remained in jail for around eight months where they came in contact of other criminals. Gurvinder was out on bail in an NDPS Act case.

Gangsters Budha, Baba to be brought to city

Gangster Sukhpreet, alias Budha, and Dilpreet Singh, alias Baba, are allegedly operating the Davinder Bambiha gang after the encounter of Davinder Bambiha. The UT police have obtained their production warrant and the two gangsters, who are lodged in jails of Punjab, will be brought to the city for questioning.