Were marching towards Khattar’s residence against ‘mishandling’ of farmers 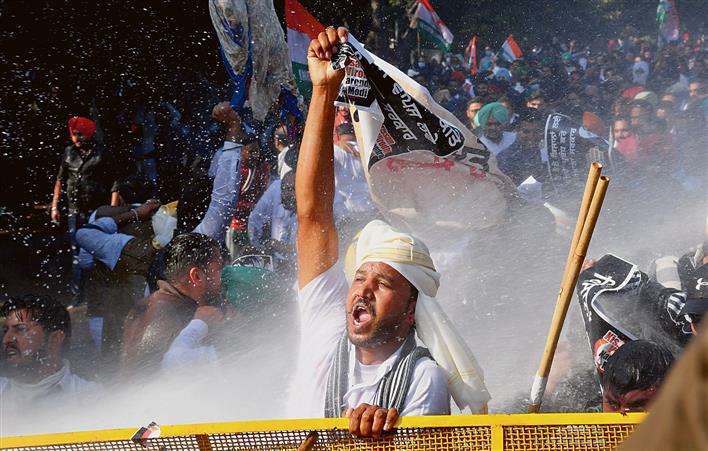 The UT police today resorted to the use of water cannons to stop workers of the Punjab Youth Congress from marching towards the residence of Haryana Chief Minister Manohar Lal Khattar.

The police said around 11 am, a large number of Congress workers, led by Punjab Youth Congress president Barinder Dhillon, marched from the Sector 15 office of the Punjab Congress headquarters to the Sector 3 residence of the Haryana CM to protest against “mishandling” of farmers in Haryana and Delhi.

The police said during the protest, the workers broke barricades. Water cannons were used to stop them, but they managed to proceed towards the CM’s residence. However, they were stopped near the Sector 2/3 small chowk.

The police have registered a case against Barinder Dhillon and others under Section 188 of the IPC at the Sector 11 police station.

Some Youth Congress workers allegedly pelted journalists from electronic media with stones following which a scribe was injured.

The Punjab Chief Minister, Capt Amarinder Singh, has strongly condemned the alleged attack on some journalists by Youth Congress workers. He expressed regret that a scribe was hurt and promised

strict action against the perpetrators of the violence. “You’ve to lead by example and uphold law,” he said.