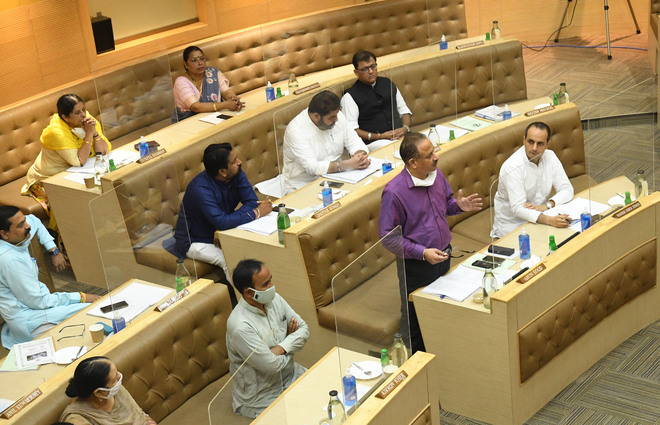 The UT Administration has increased grant-in-aid (GIA) for the cash-starved Municipal Corporation from Rs502 crore to Rs700 crore in the revised budget estimates.

A senior administrative official said: “The same will be sent to the Centre for approval within a week. It is to be seen what amount is approved by the Central Government.”

An official of the MC said they were expecting to receive the funds in January and they would have to use them before March 31. After receiving funds, they would hold a meeting to decide how the funds were to be utilised.

Confirming the development at a meeting of the Finance Committee, Mayor Ravi Kant Sharma said after the water rates were reduced, there was some gap in budget plans and that would be filled with these additional funds.

They will face no financial issues with regard to the setting up of a waste processing plant in Sector 25. Various pending works will be started at a fast pace, he added. Bills of contractors and others, which are pending with the Accounts Department, will be cleared.

The Mayor, who assumed charge in January, had promised that he would get the Fourth Delhi Finance Commission’s recommendations implemented. Though he could not do that so far, he said the budget revision was a big development and it would ensure there was no shortage funds.

Earlier, the corporation had cleared a budget with Rs670-crore deficit for the fiscal 2021-22 in the usual anticipation of getting the GIA as per the Fourth Delhi Finance Commission’s recommendations, just like the previous years. The GIA increased from Rs375 crore in 2019-20 fiscal to Rs425 crore in the fiscal 2020-21.