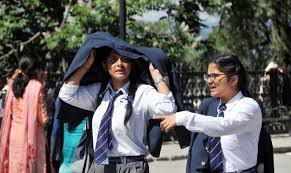 The Independent Schools’ Association (ISA), Chandigarh, has decided to go for a fee hike of up to 8 per cent, as, they claim, the UT Administration has guided them to follow the rules.

“A meeting was held today and the UT Administration has guided us to follow the rules. Going by this, we have decided that our affiliated schools will adopt a fee hike of 8 per cent for the upcoming session,” said HS Mamik, president, ISA.

As per the Punjab Regulation of Fee of Unaided Educational Institutions Act, 2016, the increase in the fee should not exceed eight per cent than the fee that was being charged for the previous session. If any unaided educational institution contravenes the provisions of the Act, it is punishable with a fine. “The Administration has already restricted us to charging only the tuition fee and in such a case, the schools did not want to take any decision on their own,” said a source.

Many schools have opted not to reveal their fee structure as they started the process of issuing and receiving admission forms of entry-level classes from today.

The step was taken as the schools wanted to know about the UT Administration’s take on the fee hike so as to avoid any kind of hassle in future.

Earlier on Tuesday, the ISA had submitted a representation to the Administration stating “As you are aware the Chandigarh Fee Control Act allows the schools to increase the fee by eight per cent every year. However, as per the directions of the Administration, schools had not increased the fee for 2020-21. Now the question arises whether the schools will be permitted to increase their fee for the 2021-22 session up to 16 per cent (i.e. 8 per cent for 2020-21 plus 8 per cent for 2021-22) or only eight per cent?”

The schools are now awaiting clarity on charging the full fee from students. “We have been already demanding that the Administration should allow us charging full fee since everything is open now. As we have decided on eight per cent fee hike, we now demand that we should be allowed charging the full fee. Otherwise, things would be back to square one,” said the head of a local school.