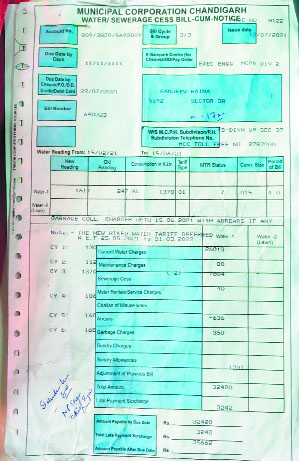 A resident of Sector 38 has expressed his despair over a ‘hefty’ water bill he received from the Municipal Corporation (MC).

Today was the last day to pay the bill and there was a penalty of Rs3,242 for late payment, he said.