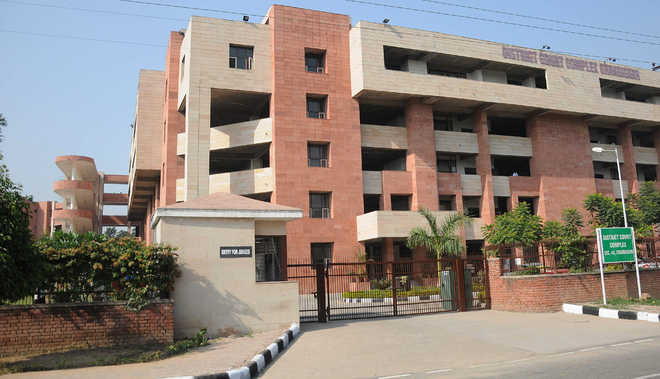 A local court has sentenced Rajesh Paswan, a resident of Sector 54, here, to undergo rigorous imprisonment for life in a two-year-old murder case.

Gurbir Singh, District and Sessions Judge, convicted Rajesh after finding him guilty under Section 302 of the IPC. The court also slapped a fine of Rs10,000 on him.

As per the FIR registered on July 14, 2019, at the Sector 39 police station, Chandigarh, Rajesh Paswan, a resident of Adarsh Colony, Sector 54, had allegedly attacked Rajinder Paswan, who later died at the PGI.

The FIR was registered on a complaint of Heera Lal, brother-in-law of Rajinder. The complainant alleged that his brother-in-law had consumed liquor along with Rajesh, alias Binny, on the night of July 9, 2019. They later quarrelled over some issue.

He alleged that Rajesh slammed Rajinder to the ground and left. Rajinder sustained bone injury on the rear side of his neck. Next day, he (Heera Lal) took him to the General Hospital, Sector 16, Chandigarh, from where he was referred to the PGI where he died on July 25, 2019.

During the hearing of the quantum of sentence, the counsel for the accused pleaded for lenient view on the ground that he was a poor person and was unmarried. He has an old mother to look after and was the only breadwinner of the family.

The public prosecutor submitted that the convict had committed a murder. So, he deserved death sentence.