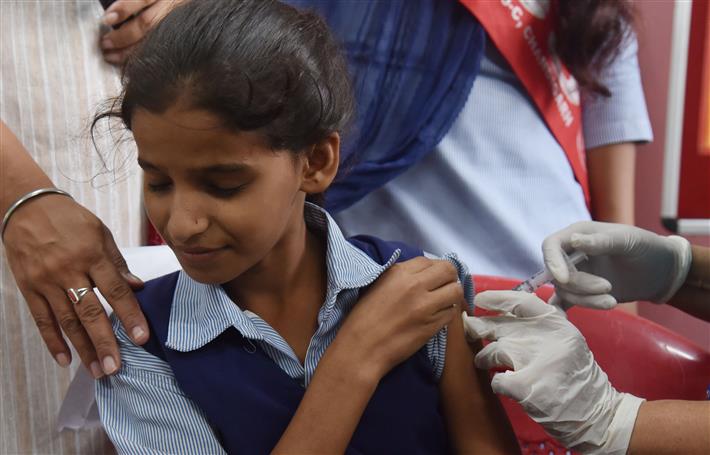 A student of a government school in Sector 15,Chandigarh, gets the Covid vaccine on Tuesday. Pradeep Tewari

The city witnessed 87 fresh cases on Tuesday, taking the active caseload to 789. Besides, 80 patients recovered from the disease. The virus has claimed 1,166 lives in the city so far.

The city also witnessed first death in 150 days on Tuesday. Around 70 per cent deaths during the third wave were of people aged 60 and above. As many as 85 city residents, who were Covid positive, died during January and February. The surge in cases was fuelled by the Omicron variant in the city. Major comorbidities of the victims were renal disease, hypertension, diabetes mellitus, chronic kidney disease, hypothyroidism, asthma, acute respiratory distress syndrome, bronchopneumonia and chronic liver disease. 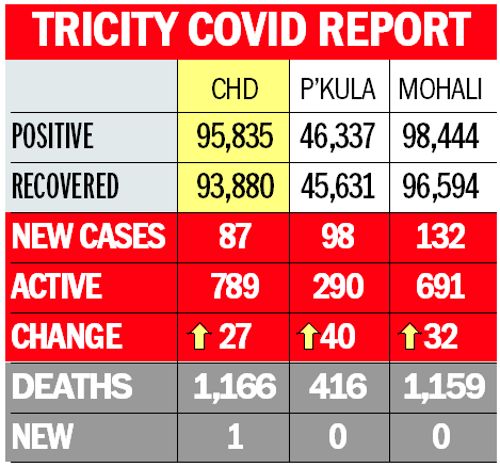 Mohali: A total of 132 fresh Covid cases surfaced from the district during the past 24 hours, while 100 patients were cured of the disease. However, no new death was reported on Tuesday. Of the total 98,444 cases reported from the district so far, 96,594 patients have been cured. There are 691 active cases in the district, while the toll stands at 1,159. TNS

Mohali: Seventeen students and a teacher of Government Senior Secondary School, Teedan, Kharar, tested positive for Covid-19 on Tuesday. Health officials said 80 more samples were collected on Tuesday, the reports of which were awaited.