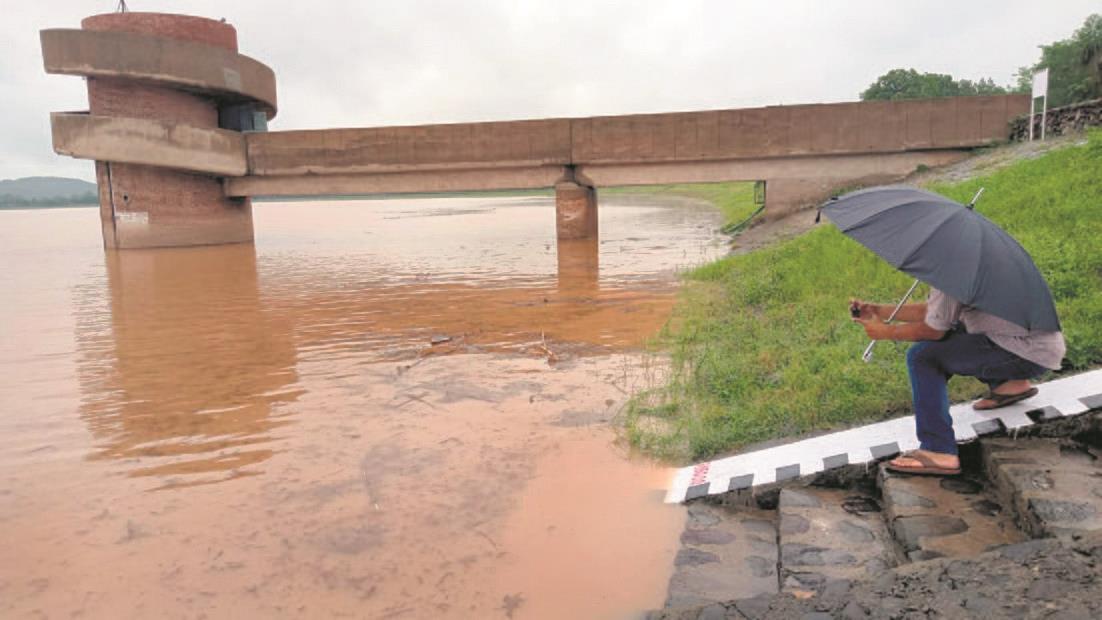 Floodgates of Sukhna Lake will be opened if the water level reaches the danger mark of 1,163 ft.

The water level of Sukhna Lake has reached 1,159.90 ft due to rain in the region since last night. The water level is nearly 3 ft below the danger mark.

Two days ago, the water level in the lake was recorded at 1,156 feet, said an official of the UT Engineering Department. He said the water level was expected to rise further if rain continued in the region.

The official said the floodgates of the lake would be opened if the water level reached the danger mark of 1,163 feet.

The official said the lake was also fed by Saketri and Kansal rivulets, which carried rainwater into the lake from nearby hills. At present, the water level is far below the danger mark, but the Administration is ready to deal with any kind of situation, said the official.

The two floodgates had to be opened in August last year after the water level of the lake reached the danger mark. Before this, on September 24, 2018, incessant rain in the catchment area had forced officials to open two flood gates of the lake. At that time, the gates were opened after a gap of 10 years. Before 2018, it was in 2008 that the floodgates had to be opened when a similar situation was there.

After the floodgates are opened, the Sukhna choe carries the excess water of the lake into the Gaggar.