Chandigarh told to file affidavit on curbing attacks on lawyers : The Tribune India

Chandigarh told to file affidavit on curbing attacks on lawyers 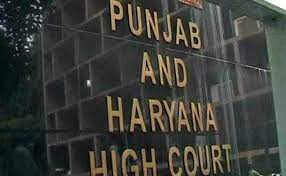 Taking a note of an alleged attack on an advocate’s car today, the Punjab and Haryana High Court asserted that the matter appeared to be the one requiring immediate attention and action on the part of the law enforcement agency. The UT of Chandigarh was also directed to place before the Bench an affidavit of the Superintendent of Police (Security) on steps taken and proposed to prevent such incidents.

The Bench of Justice Augustine George Masih and Justice Alok Jain asserted that the security of the advocates on the High Court premises was highlighted when a matter was mentioned regarding the attack on an advocate’s car. The matter was also referred to the Chief Justice.

Jagandeep Singh, the counsel for the petitioners seeking protection, along with the president and secretary of the Punjab and Haryana High Court Bar Association, was present in the court.

The Bench added that it was informed that an FIR had been registered today for a mischief causing damage and other offences under Sections 323, 427, 341, 365, 511 and 34 of the IPC at the Sector 3 police station. Three of the five suspects had been apprehended and arrested. Efforts were on to trace two others.

“The counsel for the UT Chandigarh shall place on record a copy of the FIR as also an affidavit of the Superintendent of Police (Security), UT, Chandigarh, detailing therein the reason as to how the said incident had taken place and the steps taken/proposed to be taken to ensure that such incidents do not happen in future,” the Bench added.