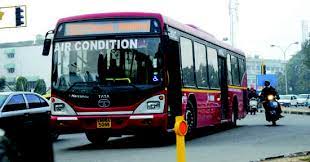 To generate revenue, the UT Transport Department has invited bids for the display of advertisements at the ISBT in Sector 17 and Sector 43.

After failing to fetch a good response twice, the department has again invited applications from the interested parties for the display of advertisements after making changes in the tender rules. The department has a lot of space lying vacant at both ISBTs where billboards could be installed. A senior official of the department said if they got a good response for the project, they were expected to generate good revenue. He said the efforts had been initiated only after the approval of the Administration. Interested firms can apply till August 12 with full document fee. After opening the technical bids, the companies will be informed separately for opening of the financial bids.

He said some changes had been made to install LED screens to display advertisements as the cost of advertising was high in the previous conditions.

At the ISBT-17, the selected firm will be allowed to display advertisements outside the Café wall and local route counters, footpath at the entry point of the local bus stand, wall near shops and AC waiting halls. At the Sector 43 ISBT, near the Volvo counter, near the entry of the food court Volvo buses, near washroom, via food court, in front of station supervisor room, ticket kiosks and workshop No. 4. Agencies which have been blacklisted by the Chandigarh Transport Undertaking (CTU) and the Central and state governments will not be allowed to participate in the tender process.

Meanwhile, the department has allotted the work of advertising on local CTU buses to a Delhi-based company. As per the CTU proposal, there are around 358 local buses on which permission has been granted for the installation of advertisements.

The places where these buses will be allowed to install advertisements include left side panel, right side panel, back panel, middle off bus, driver back, grab handles and side upper branding.