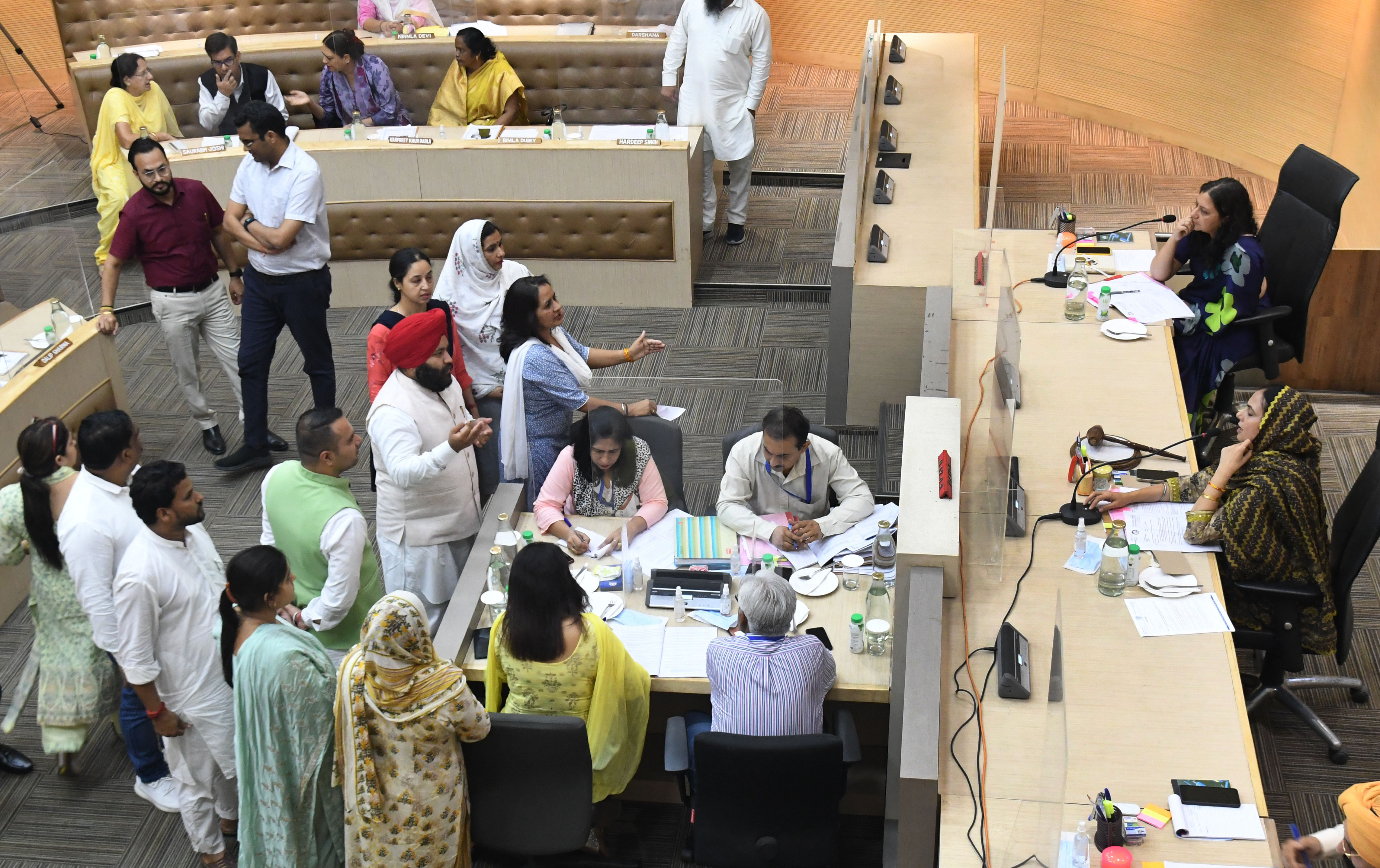 AAP and Congress councillors storm into the well to lodge a protest during the MC House meeting in Chandigarh on Thursday. Tribune photo: Manoj Mahajan

The issue of waterlogging in the city rocked the monthly Municipal Corporation House meeting today.

At the very beginning of the meeting, AAP and Congress councillors stormed into the well of the House, attacking the BJP-ruled civic body for its alleged failure to make preparations for the monsoon season. Opposition councillors also raised slogans against MP Kirron Kher, demanding her resignation. “The things have come to such a pass that rainwater entered several houses and destroyed precious household items,” said a councillor.

This led to heated arguments between the BJP and Opposition councillors. The mayhem continued for an hour.

AAP councillor Prem Lata said, “A day’s rain has created ponds across the city.” Taking potshots at MP Kirron Kher, Mayor Sarabjit Kaur and BJP councillors, she added, “Instead of going for boating to Sukhna Lake, come to my ward in Sector 35 and do boating there.” She went on to wave a paper boat at the ruling party’s councillors.

Later, Congress councillor Nirmala Devi proposed the construction of a hospital in Maloya.

While trying to pacify the councillors, Mayor Sarabjit Kaur said the UT Administration would take a call on it, and examine all three sites. AAP councillors sought voting over the agenda, but it was deferred.

Meanwhile, MC Commissioner Anindita Mitra today issued directions to chargesheet SDO Angrej Singh after AAP councillor Anju Katiyal raised an issue in the House meeting. She said, “Pending sewerage pipeline laying work in the EWS Colony of Sector 32-C could not be completed for six months. I called a public meeting and requested SDO Angrej Singh to attend the meeting. Despite assurance, neither he nor the JE concerned turned up while the public kept waiting for them. XEN Vijay Premi had to come later to save face.”