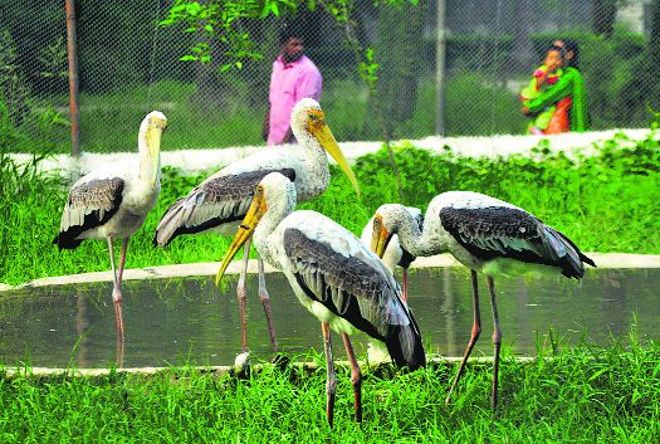 In a letter dated August 24, the Ministry of Environment, Forest and Climate Change, had requested the UT Chief Wildlife Warden to stop the process till all necessary approvals are granted by the competent authority.

However, a senior official of the UT Administration stated that the Ministry of Environment, Forest and Climate Change had given its go ahead to the project and the work on the aviary would resume shortly. The aviary is being set up at Nagar Van near Sukhna Lake.

In a representation to the Animal Welfare Board of India on August 9, the Second Innings Association had sought necessary action regarding caging of birds at the proposed aviary.

Subsequently, a team of officers from the Central Zoo Authority had visited the project site on August 27. After the inspection, they had expressed their satisfaction with the project.

Being established on more than four acres of land by the UT Forests and Wildlife Department, the aviary will have 1,470 exotic birds of 46 species.

The aviary will have separate enclosure for aquatic and terrestrial birds. The height of the enclosures have been designed keeping in view the flight of the birds.

In response to the Animal Welfare Board of India letter, the UT Forest Department had clarified that it had developed two walk through aviaries at the Nagar Van within the city limits for housing exotic birds, which are commonly bred in India.

The procurement of exotic birds was done from registered, reputed and authentic sellers/breeders/suppliers and from any grey market.

These supplies are registered with the Animal Welfare Board of Tamil Nadu and also registered on PARIVESH portal of the Ministry, the department had stated.

Before selecting the sellers, a committee consisting of officers from different departments cross-verified all the details and sources of birds were traced by physically visiting the facilities on site.

These exotic birds are housed for nature education and for all non-commercial usage or public displays, they added.

It was also submitted that all necessary approvals from the competent authority had been taken for the project and none of the rules, guidelines or laws had been violated in the process.