Earlier, MC was to start work across the city from today 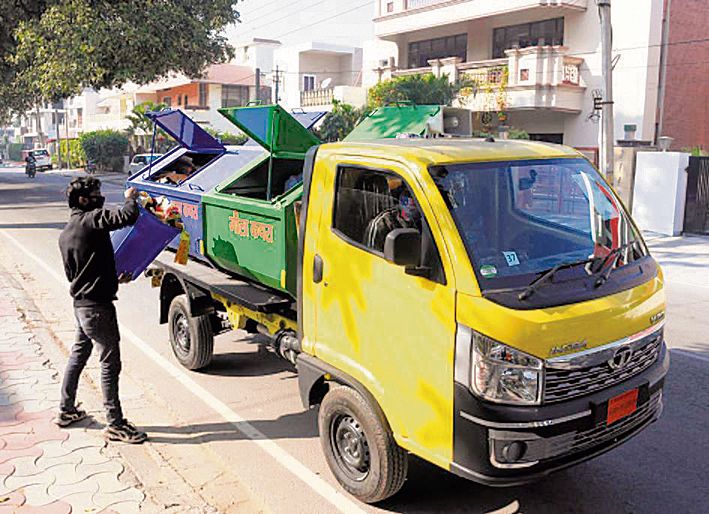 Owing to a shortage of manpower, the Municipal Corporation (MC) has changed its previous plan to launch the pan-city door-to-door garbage collection through two-bin waste-lifting vehicles from tomorrow.

The civic body will now start the second phase only in 12 southern sectors. The MC will engage 70 additional garbage-collection vehicles in Sector 31 to 38, 46, 47 and 48. The MC officials concerned said they would start the new system in the remaining sectors after around two weeks.

A few days ago, MC Commissioner KK Yadav claimed that they would cover other sectors in the second phase. However, due to a shortage of drivers for vehicles, it had changed its plan even as the sectors left out had not been made aware of it.

In the first phase, the vehicles replaced carts in Sector 1 to 30 in December. However, due to lack of interest of collectors in working with the MC, the plan could not be extended to other sectors. Recently, an MoU in this regard was signed with the collectors.