Had stuffed glove in two-and-a-half-year-old boy’s mouth; couple had differences

The mother of the boy in the custody of the Chandigarh Police.

A two-and-a-half-year-old boy reportedly died after his mother stuffed a glove in his mouth and kept him in a bed box at her house in Burail, Sector 45. The woman, identified as Roopa, had gone missing on January 25 and the body was found lying in the bed box by the victim’s father, Dasharath, last night. The police have registered a case of murder against Roopa at the Sector 34 police station and have arrested her.

The police said Dasharath, who works as an electrician at a private hospital, on returning home from work on January 25, had found both his wife and son Divyanshu missing. He searched for them in nearby areas. However, he could not find them. The next day, Dasharath lodged a missing complaint at the Burail police post.

Sources said in the evening, when Dasharath was taking out a blanket from the bed box, he found his son lying in it, with a glove stuffed in his mouth.

He pulled the child out and immediately rushed to his friend's shop at Burail. The police got information about the incident around 8.50 pm.

A PCR vehicle reached the spot and the child was rushed to the Government Medical College and Hospital (GMCH), Sector 32, where doctors declared him brought dead. The autopsy was conducted and the body handed over to the victim’s father.

Dasharath lodged a police complaint against his wife alleging that she had murdered his son following which a case was registered against Roopa, who was arrested today.

Dasharath had married Roopa in 2016 and a year later, Divyanshu was born and in 2019, another child, named Komal, was born. The police said Roopa was not happy with the marriage following which there were differences between the couple. — TNS 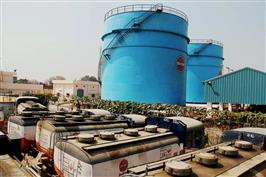 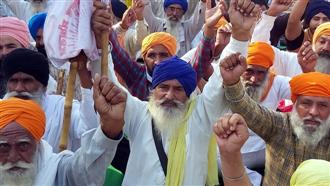