Chandigarh to have 1,250 more cycles,155 docking stations in December : The Tribune India

Chandigarh to have 1,250 more cycles,155 docking stations in December 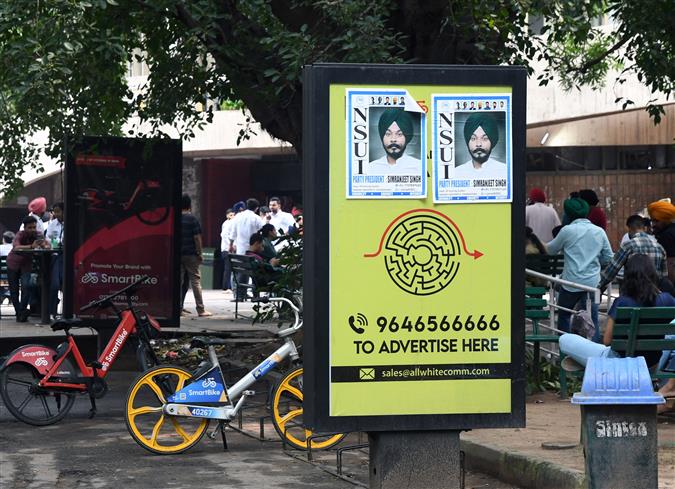 The city will have 1,250 more e-bikes and bicycles at 155 new docking stations in December under the third phase of the public bicycle-sharing (PBS) project.

The launch of the third phase project has delayed by over six months to December. Hyderabad-based Smart Bike Tech Private Limited, which is implementing this project here, reasoned due to vandalism of the cycles and financial sustainability of the project, the third phase could not be launched.

“We have a total of 4,000 vandalism cases like damaging of handle, tyres or other parts. After a meeting with the UT Adviser, the city police have shown strictness and the cases have come down now. Besides, financial sustainability is another issue as advertisements are down due to not easily visible docking stations. The MC is fixing it now,” said agency’s operations head Abhinandan Malhotra. Technical glitches in the Smart Bike App have also been the issue with the users. Often the App fails to properly lock and unlock the bikes while the payment is deducted.

On this, the company official claimed, “There is no issue with our App. It is due to slow internet connection as cycle locks work on 2G internet speed. Thus, we have requested the telecom providers to install network boosters at the docking stations.”

He, however, claimed despite the issues daily about 1,500-2,000 rides on an average are daily being made. He added 1,250 cycles have been made available and 155 new docking stations are being constructed for the third phase.

The second phase of the project was launched in February when a total of 1,250 new bicycles were added and third phase was to be launched in four months. At present, a total of 2,500 bicycles are being provided at 310 docking stations in the city.