Defaulters not to be considered for space at new sites 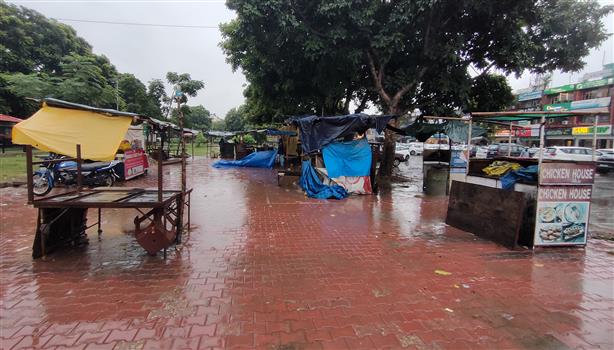 Ahead of allotting space to registered street vendors in 20 new vending zones, the local Municipal Corporation has given yet another chance to vendors to clear their dues by September 30. Defaulters will not be considered for space in these zones recently approved by the UT Chief Architect.

“It could also be a final chance for them as several opportunities were earlier given to them to pay their dues. Defaulters may lose their vending licences, as the matter has been pending for a long time,” said an official concerned. Many vendors have not paid monthly licence fee and fine. Most of them have cited Covid or non-feasible sites as reason for not paying their dues.

Of 10,937 vendors covered under a survey in the city, only 3,833 were found to have been paying the fee regularly, raising a question mark over the implementation of the Street Vendors Act.

A total of 2,608 registered vendors, who had refused to run business from 46 sites allotted to them earlier, had not been provided with alternative sites so far. Most of these sites have been lying vacant for the past six years.

In 20 new sites, the MC has planned to open five “Model Vending Zones” at Mauli Jagran, Hallo Majra and Mani Majra. Besides canopies, vending spaces will have markings in three colours, specifying designated space, demarcation between two spaces and the passage for customers. Each zone will have 150-175 vendors.