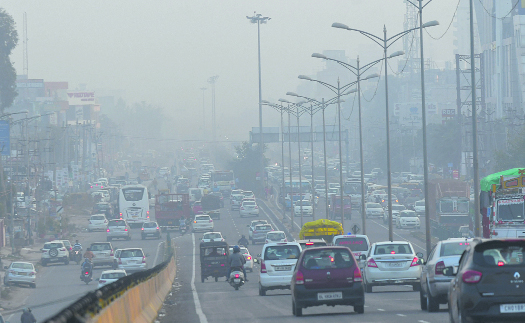 Vehicles move through smog on the Chandigarh-Ambala highway at Zirakpur on Tuesday. RAVI KUMAR

Nights in November remained the coldest on an average in over a decade.

December temp likely to be below normal

"There can be many reasons for it such as a persistent cloud-free sky, which causes the mercury to rise during the day and fall at night". - MET expert

The data from 2010 onwards showed that the average minimum temperature in November since 2010 remained higher than that recorded this year. 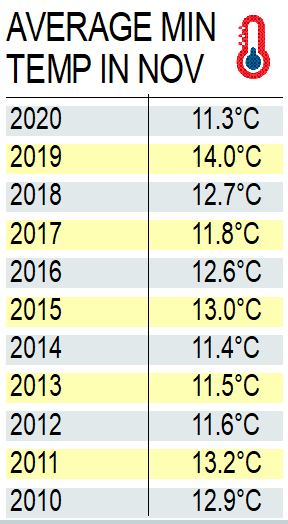 “There could be several reasons for it such as a persistent cloud-free sky, which causes the temperature to rise during the day and fall at night. It also depends on the planetary scale,” said a scientist at the Met office here.