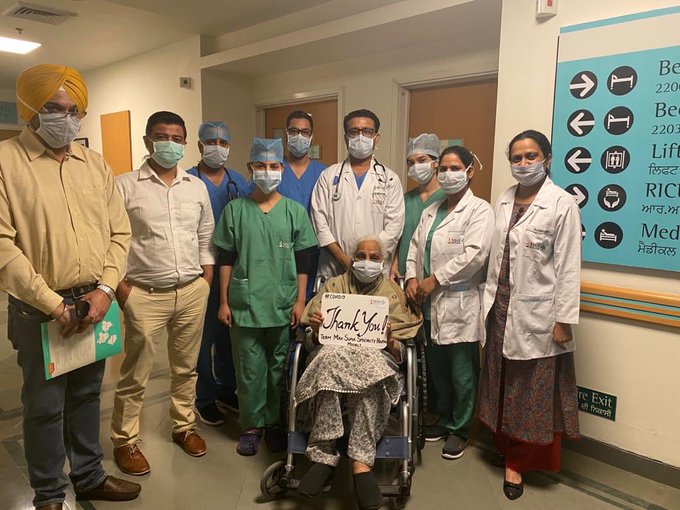 An 81-year-old woman recovered from COVID-19 and was released from Max hospital in Mohali on Monday.

The woman suffered from diabetes and hypertension. She also had five stents, mostly used to keep coronary arteries open, placed in her.

A resident of Phase 5, she had tested positive in March and had initially been kept in an isolation ward of Civil Hospital, Kharar. The woman was the landlady of a 27-year-old woman who tested positive.