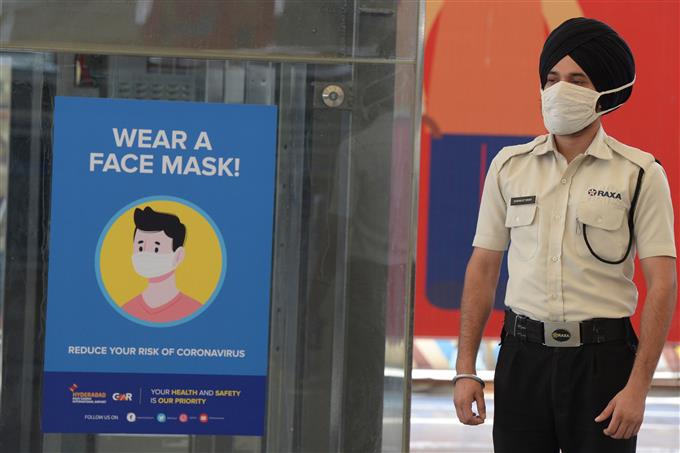 MC Councilor Devinder Babla on Monday wrote to the UT Administration highlighting its failure in connection with the death of the woman.Image only for representational purposes

An 80-year-old woman from Sector 30-B here tested positive for coronavirus on Tuesday, a day after she was brought dead to GMSH-16, taking the union territory’s COVID toll to five.

The deceased woman had a history of giddiness and had fallen on Monday. This was followed by a bout of vomiting. Subsequently, she was taken by ambulance to GMSH-16. The deceased had co-morbid conditions—a renal and liver disease—for which she took treatment at GMSH-16 and Civil Hospital, Kharar in January 2020. She has two family contacts, a daughter-in-law and grandson, both of whom are asymptomatic and will be sampled on Tuesday.

The family's house had been surveyed by a team of health workers on May 31 May during a special drive in the area. At the time, the deceased and her two family members were asymptomatic and had no ILI/SARI symptoms.

MC Councilor Devinder Babla on Monday wrote to the UT Administration highlighting its failure in connection with the death of the woman.

The UT Administration has conducted only 125 tests in sector 30-B, which is a containment zone. A cluster of nearly 590 households was identified as part of the affected pocket in Sector 30-B on April 22.

Bapu Dham Colony reported the three new cases of coronavirus on Tuesday. It included a 35-year old man, the husband of a woman who tested positive on Monday. With the latest case, the active cases in the city have risen to 83.